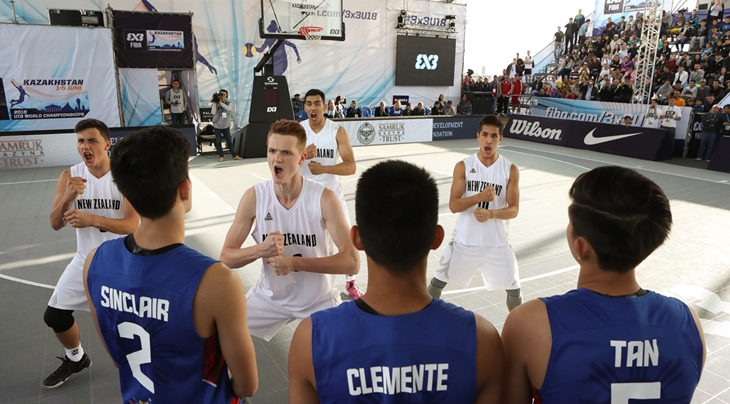 The reigning champs got off to flying start with back-to-back wins against the Philippines (21-11) and Spain (21-17). They are the only team in the tournament to win their both games before the 10' limit. Isaac Letoa had some strong drives to the hoop and Hamish McDonald and Samuel Waardenburg showcased their stroke from long distance. However the real question remains: who can stop reigning MVP Tai Wynyard?

These two teams had already met last year in the semi-finals and after this game, odds are they are likely to go equally as far in this edition. The game featured some spectacular plays, including a monster block, courtesy of Tai Wynyard. It also showcased a very talented Spanish team, including gritty point guard Dani Garcia (7pts) and the very creative Aleix Font (5pts). Wynyard topped all scorers with 8.

The Netherlands had the first major upset of the competition when they absolutely dominated the US with one 17-year-old and three 15-year-olds. And it was all a team effort: every single player scored at least 4 points. Kiki Fleuren caught fire and contributed 9 points, including 3 shots from way outside.

Wynyard looked like a man among boys on Day 1. He kept Spanish big man Bernat Vanaclocha scoreless and had a couple of major blocks defensively. Offensively he showed some new handles and outside shot but continued to do most of his damage in the paint. He tops all scorers in the men's category with 20 total points.

Stat of the Day: Amber Ramirez (12 pts for USA vs Poland)

The sharp-shooting Texan bounced back in style against Poland after a disappointing opener (2 points against the Netherlands). She dished out a few pretty assists and knocked down 5 shots from behind the arc, en route to 12 total points.

Day 3: 1.15-9.00pm on youtube.com/FIBA3x3 including the return of Argentina's men, Czech Republic's women and the dunk contest qualifier.