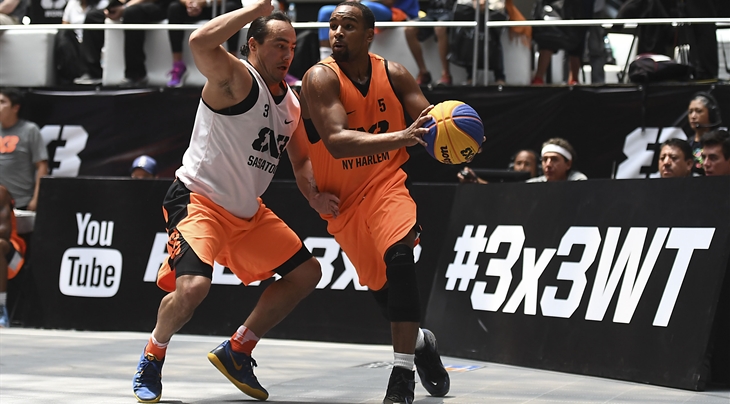 NY Harlem NBA made it to Doha after their revamped team won the loaded Dew NBA 3X Tour in Los Angeles on 23 October. They won the first two match-ups against Saskatoon at the World Tour (both times in the semi-finals of the World Tour Mexico Masters in 2015 and 2016). The Canadian side will get a chance to end their losing streak in the quarter-finals of the All Stars. They qualified for the event thanks to sharpshooter Nolan Brudhel being the number one 3x3 player in the Americas.

The FIBA 3x3 Individual World Ranking is used to determine the teams’ seeding. The ranking points of each team’s 3 best players on the cut-off date are added up. Teams are then ranked based on their total team ranking and seeded as follows:

Saskatoon won’t be the only Canadian team in Qatar next week. The young guns from McGill U (CAN) earned their ticket to the All Stars after beating Bordeaux (FRA) in the final of the FISU 3x3 World University League on 23 October. Bad news from them: they will start the event in a complicated match-up against the red hot World Tour winners Ljubljana (SLO).

The World Tour runners-up Hamamatsu (JPN) - who qualified thanks to Amjyot Singh being the number one 3x3 player in Asia/Pacific and Africa – could have hoped for a better opener. They will face the team of the number one 3x3 player in Qatar, Erfan Ali Saeed (Team Doha). Erfan was the top scorer for the Qatari national team who won the FIBA 3x3 World Championships back in 2014. A large crowd is expected to support the local favourites in the Gharafa Sports Complex.

Speaking of local favourites, Team Manila should also play 4x3 with a little help from Qatar’s important Filipino community. Manila will also get a difficult match-up in the quarter-finals against Novi Sad Al Wahda (UAE), who made it to Doha thanks to Dusan Domovic Bulut being the number one 3x3 player in Europe (and the entire World). Novi Sad Al Wahda are the reigning champs in Doha (they also won in 2015). The Filipino fans will probably remember that the team defeated Calvin Abueva’s Manila North twice at the World Tour last year, including in the final of the 2015 Manila World Tour Masters.

For those not attending the event at the Gharafa Sports Complex (free entrance) – the games will be available from 17.00 local time (GMT+3) on Friday 18 November live on FIBA 3x3's official YouTube channel and Facebook Live.