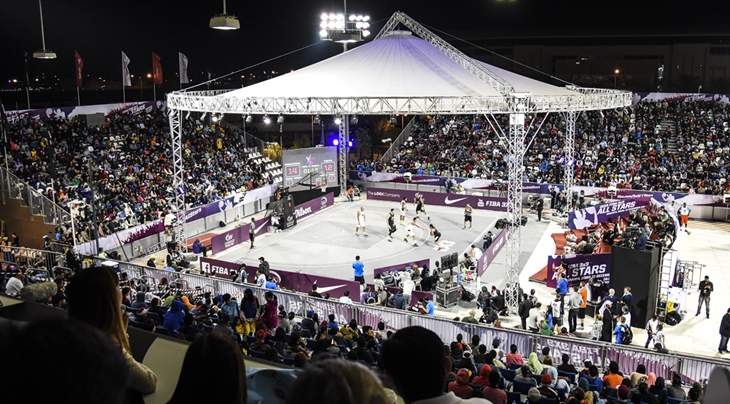 NEW YORK (3x3) - The National Basketball Association (NBA) has announced the launch of the Dew NBA 3X, an ambitious nationwide elite competition, which will be fully integrated in the FIBA 3x3 competition network.

"The NBA is always thinking through new ways to grow the game," Patrick Sullivan, Vice-President of Event Strategy for the NBA, told Forbes.

We’ve seen the popularity of 3×3 increase over the past several years and have had success with similar, international events and programs. - Sullivan

The Dew NBA 3X will be a six-event tour, starting in Atlanta on 21-22 May, then heading off to Miami, Dallas, Chicago and Houston before a grand final in Los Angeles on 22-23 October.

The @NBA & @MountainDew launch the 1st ever nationwide 3X3 tournament. #DewNBA3x will make 6 stops btwn May and Oct. pic.twitter.com/u1ZL5EQC0H

The winners in both men's and women's categories will qualify for the 2017 USA Basketball 3x3 National Tournament. If they win again, they could get a chance to represent the country in FIBA 3x3 national team international tournaments. The men's team will also compete with the best teams in the FIBA 3x3 Individual World Ranking at the 2016 FIBA 3x3 All Stars in Doha, Qatar.

It’ll be very fashion, lifestyle and basketball focused. Big celebrity portion, as well. But from our perspective it’s to come out and watch great basketball. This is going to be legit hoops. Guys will definitely be playing. - Sullivan

NBA Champion and 9X All-Star, @GaryPayton_20 will act as the #DewNBA3X ambassador for the tour! pic.twitter.com/g65kvb50l8