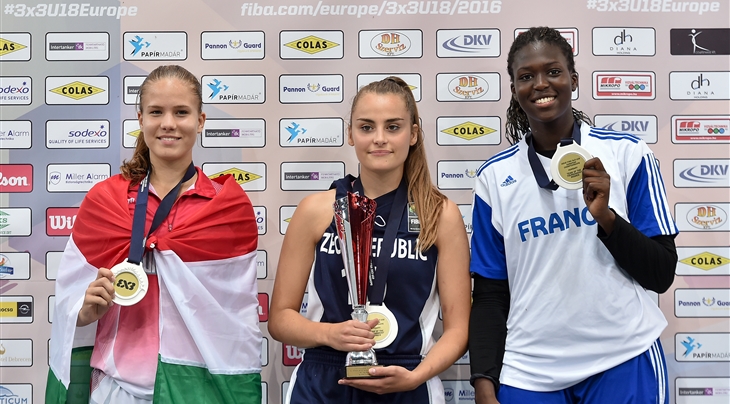 Krumpholcova was a major reason why Czech Republic won bronze. She scored half of her team's total points, the game-winner in the quarter-finals against Belgium and was key in the come-back win against Russia in the bronze-medal game.

Gaye was a force for France in the post and led the team to a second gold medal, just three months after the FIBA 3x3 U18 World Championships.

Last but not least, Veronika Kanyasi was a leader for a Hungarian team, which did not keep their U18 European crown but made a whole country proud after a narrow loss (10-11) in the final against France.