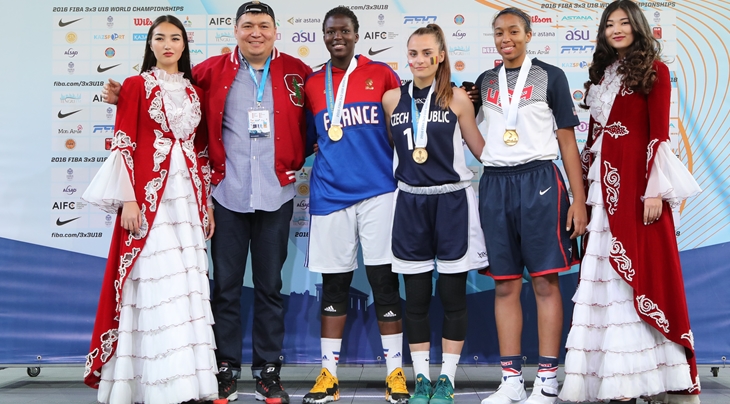 Krumpholcova led Czech Republic all the way to the semi-finals and had the best individual performance of the event (men and women combined) in her opener with 17 points, including 7 shots from behind the arc.

Megan Walker could get buckets from anywhere on the court and proved it in the semi-finals against Czech Republic where she tallied 14 points. She also proved she could play some defense.

Astou Gaye was a force in the middle but also showed a very soft touch from long range. She led all women in scoring and it wasn't close (57pts compared to Krumpholcova's and Walker's total of 44).