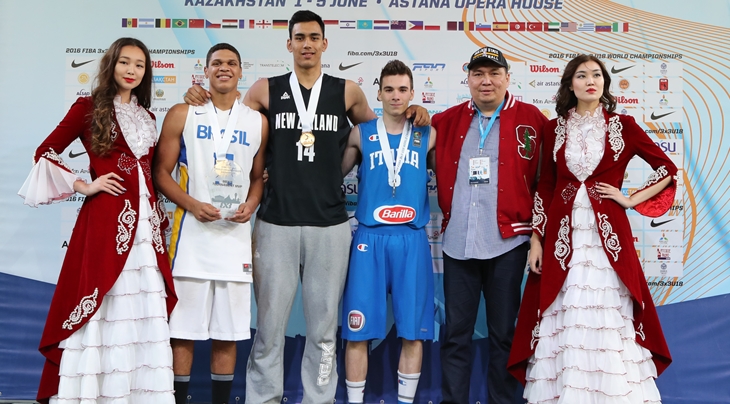 Playmaker Fabricio led all scorers at the event and carried Brazil to their first-ever trip to the final of the FIBA 3x3 U18 World Championships. He had several clutch perfomances, including a 16-point outburst against Slovenia in the quarter-finals and an unbelievable steal in the dying seconds of the semi-final against Italy.

Sharpshooter Flavio Gay made buckets from the parking lot in Astana. The lightest player in the tournament sank a total of 22 shots from behind the arc in 7 games. He also proved he could get creative at the rim.

Very big man Tai Wynyard did not keep his crown but he finished third in scoring (after Fabricio and Gay) and delivered more dunks than the entire dunk contest.