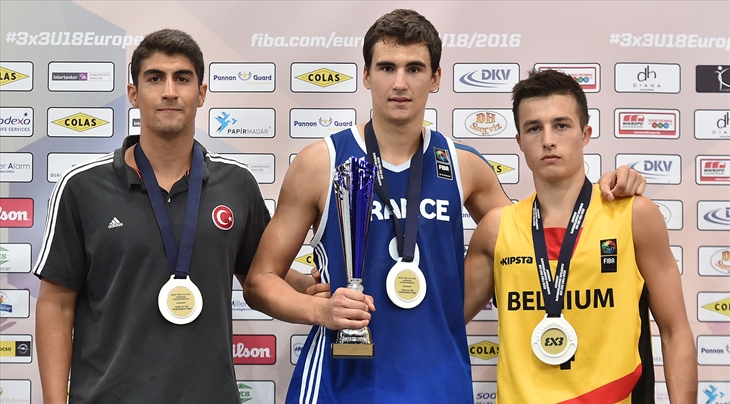 The sharpshooting Desmonts topped all scorers with 34 points, including 22 from behind the arc. He single-handedly defeated Germany in the quarter-finals with 12 points and 5 shots from long range and led France to gold.

The crafty Sengün did not succeed in defending his crown but he trailed Desmonts by just two points in the scoring charts and took home two medals (silver in the Shoot-Out Contest and bronze with Turkey in the main event).

Last but not least, the speedy Perrier spearheaded Belgium to an unexpected silver medal run in Debrecen. He ranked third in scoring and set up the athletic Zaccharie Mortant for some of the most spectacular plays of the tournament.