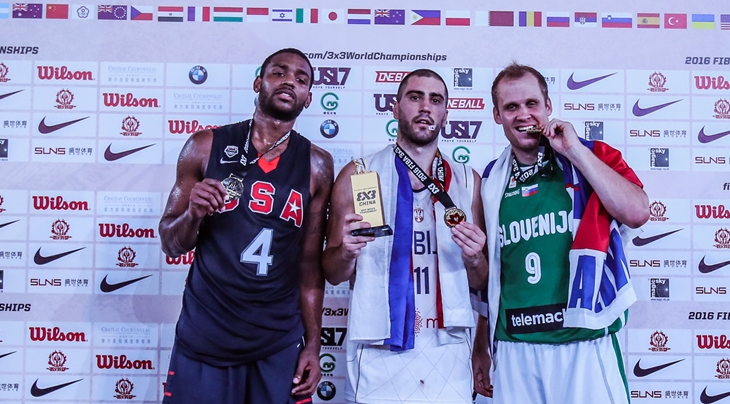 The number one 3x3 player in the World not only was the top scorer of the tournament (58 pts), he also led Serbia to their second 3x3 World Championships title.

The 23-year-old Henry finished the event second in scoring, helped the US win their first-ever medal in the men's tournament of the 3x3 World Championships and provided enough highlights for a 2-hour movie.

The 3x3 European Championships MVP Ovnik only ended the event 10th in the scoring list but was the driving force behind Slovenia's bronze-medal run in China.