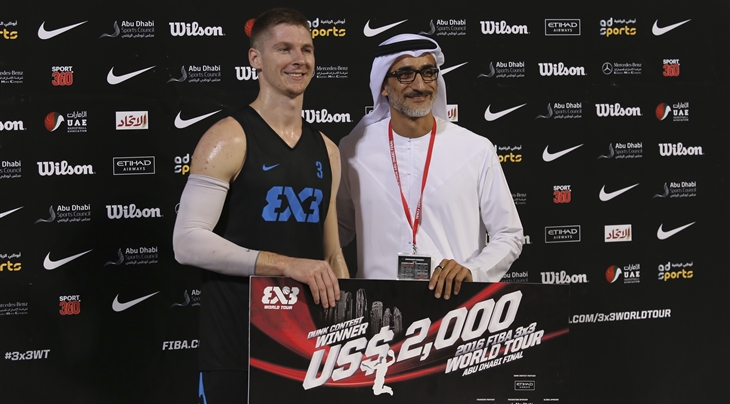 The Ukrainian pro dunker set the International Tennis Complex on fire with a series of powerful dunks, including a mean jam over 2 people and a motorbike.

He beat US pro dunker Doug Anderson in the final in Abu Dhabi.