Linklater: “A simple objective at the World Tour - WIN” 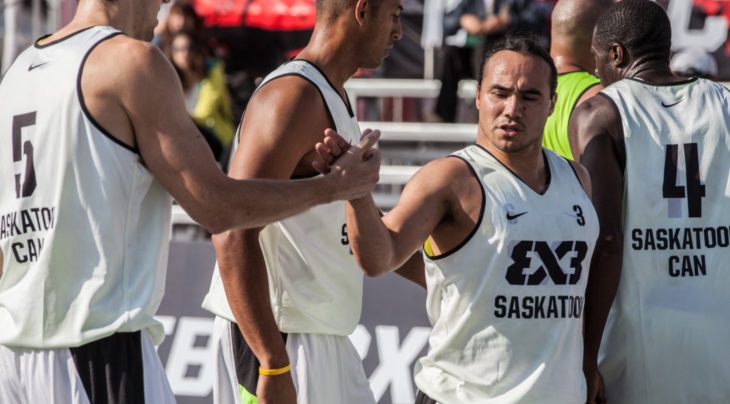 SASKATOON (2016 FIBA 3x3 World Tour) - The 2014 FIBA 3x3 World Tour runners-up Saskatoon (CAN) have just punched their ticket to the Mexico DF Masters coming in exactly one month and team captain Michael Linklater says "the main objective for this year is simple: WIN!"

Flash back to 10 September last year and a crushing overtime loss in the semi-finals of the Mexico DF Masters against NY Harlem. After reaching the FIBA 3x3 World Tour Final in back-to-back years, Saskatoon would not get a chance to go to Abu Dhabi.

"It was a tough loss to take," the 1.78m playmaker said. "We learned a lot that weekend and we do not plan on making the same mistake."

The number 13 player in the world and his team got back to work, brought back the muscular Willie Murdaugh and qualified for the FIBA 3x3 World Tour (for the fourth straight year) early at the 2016 Basketball Alberta Canada West Quest on 4-5 June.

The game is growing fast and teams are getting better. - Linklater

"The road to get to the Americas this year was much tougher than in previous years," the 33-year-old added.

The team lost one game in pool stage but took their revenge in the final against a team starring Jordan Baker, who starred at the FIBA 3x3 World Tour back in 2012.

The Mexico DF Masters comes in just one month and Saskatoon is just the second team to clinch qualification after Team Montevideo (URU). Linklater admits the team is eager to come back to the World Tour Final and this year with an easy goal in mind: win.

The main objective for this year is simple: WIN! - Linklater

"I think our team is different from others because we have great chemistry and we pride ourselves with strong defense. Our years of experience and dedication to the game have helped us succeed."

Though the road to the Final starts with the Mexico DF Masters, Linklater and co already look further.

"We plan on travelling to the States and Europe this year," the number 1 player in Canada said.

"We want to get as many games in as possible."

The FIBA 3x3 World Tour features 7 Masters and 1 Final this year. It is likely not the last time you hear about Team Saskatoon this year.