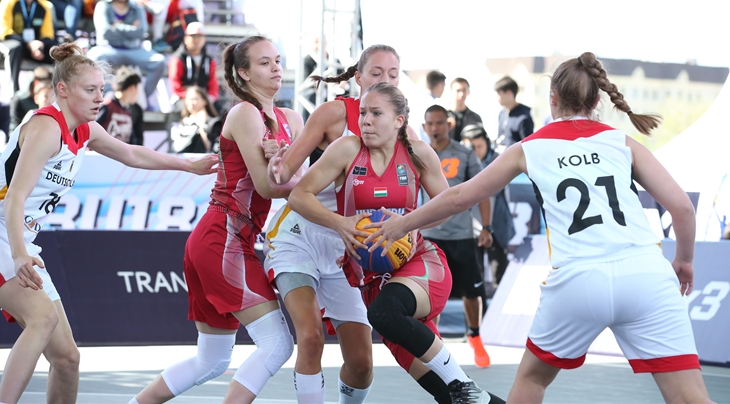 Veronika Kanyasi starred by winning gold in the skills contest. She was not as successful in the women's event however, where Hungary lost by one point against Spain in the quarter-finals. She still remains number one in the world thanks to the several national events she won in Hungary in the last 12 months and her success with Hungary last year at the FIBA 3x3 U18 European Championships.

Ranking points are collected at all FIBA-endorsed events. However, a player's ranking is based on the best three FIBA 3x3 World Tour results and the best six FIBA-endorsed events (except three best FIBA 3x3 World Tour) results played over the last 12 months. The number of points earned at a tournament depends on the pool/league game results, the final standings, the individual points (baskets) scored by the player and the tournament level.

In the U18 men's category, the number one 3x3 player in the world made things simple by winning the title in Kazakhstan. Nedim Muslic continues to lead the ranking, followed by team-mate Seydou Ndoye.

None of the three members of the Team of the Tournament crack the Top 20 because of the limited number of 3x3 tournaments they played in the last 12 months. Flavio Gay (Italy) ranks 24th while Tai Wynyard (New Zealand) is 32nd and Fabricio Verissimo (Brazil) 39th overall.

Check out the full rankings.