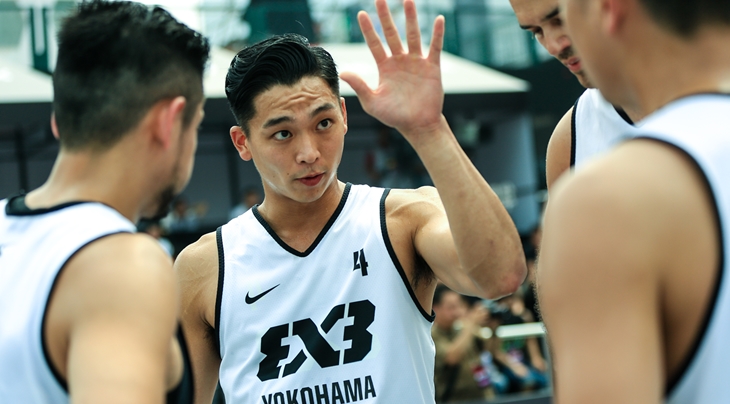 TOKYO (3x3) - For its third season, the 3x3 PREMIER.EXE league has grown from 8 to 12 professional teams and has added a more international flavour.

The 3x3 PREMIER.EXE – organised by X Sports Marketing, the same group which will manage the FIBA 3x3 World Tour Utsunomiya Masters – will definitely be a league to watch in 2016.

Last year’s winners GREEDYDOG.EXE are not back this year and still the league has expanded to 12 professional teams.

For the first time, one of them will be based outside of Japan. Team WILL.EXE will operate from South Korea and feature six Korean players.

Several US and European players will also make their first appearance at the 3x3 PREMIER.EXE this year, with the example of #27 3x3 player in the world Luka Snoj from Slovenia who was hired by  TACHIKAWA DICE.EXE.

The league will continue to feature the best home-grown talents as well. Last year's MVP Tomoya Ochiai joins BREX.EXE this season. "The Worm" is a member of the exclusive group of 12 players who have played in all 4 editions of the FIBA 3x3 World Tour.

The league starts on 11-12 June and ends on 10-11 September in Tokyo and will travel all around the country for a total of 8 events.

Two tickets to the number one 3x3 event in the world - the FIBA 3x3 World Tour - will be given at the 3x3 PREMIER.EXE this season.

The league leaders after the 4th event (Nagoya, 17-18 July) will qualify for the Utsumomiya Masters (30-31 July) and the league winners at the end of the season will make it to the Beijing Masters (16-17 September).