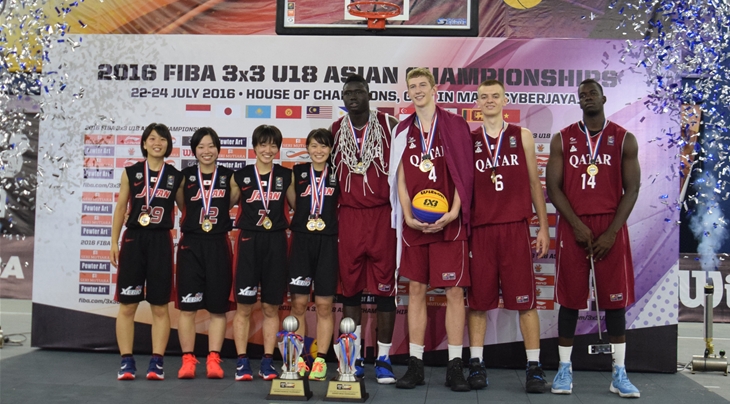 Japan's women had a perfect 7-0 record in the Gem-In shopping mall thanks to their suffocating defense, allowing less than 9 points on average during the tournament. In the final, Kazakhstan could not match with Japan's speed and intensity and eventually bowed down 16-20.

Malaysia completed the women's podium after a 16-7 win against Singapore.

In the men's category, the reigning U18 3x3 World Champs Qatar remained undefeated though it proved to be more challenging than expected for the men in maroon (21-19 against Japan in the pool stage especially).

Qatar had an uncontested success in the final against Philippines though, winning 21-9 on a Nedim Muslic basket.

Heng also won the scoring charts at home and was named MVP. He was joined by Qatar's Alen Hadzibegovic and Philippines' John Clemente in the Team of the Tournament.