Indonesia on the rise in May's FIBA 3x3 Federation Rankings 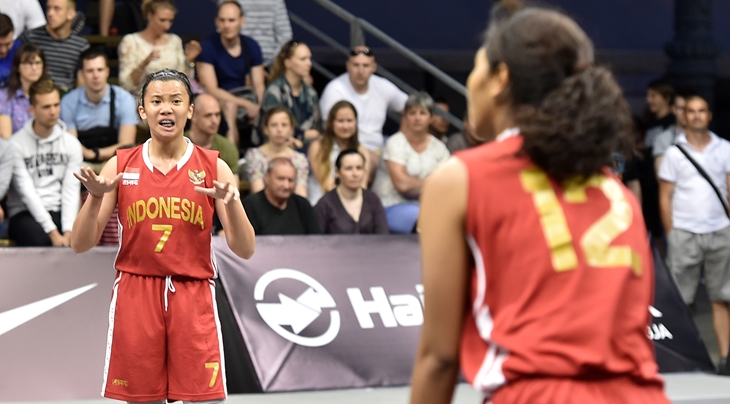 MIES (3x3) - Indonesia continued their progression while Bahrain, Kyrgyzstan and the USA also climbed up the 3x3 Federation Rankings on 1 May 2016.

Ever since the country hosted the FIBA 3x3 U18 World Championships in 2013, Indonesia has fallen in love with 3x3. The country is in the Top 25 in each category and jumped to 17th in men and sixth in U18 men, in big part thanks to the L-Men 3x3 Tour which stopped in Bandung and Jakarta last month.

In the men's categories, Japan reached the Top 10 following a stage of the .EXE Quest in Saitama, Ghana jumped to 51st after completing the FIBA 3x3 e-learning programme and Bahrain gained another 23 positions all the way up to 54th overall after several tournaments such as a university tournament.

In the women's categories, Hungary leapfrogged Italy to take over second place and the USA cracked the Top 10. Kyrgyzstan improved 14 positions to 33rd overall following the Spring Cup while Bahrain reached the Top 50 for the first time in this category.

In the U18 men's categories, Indonesia and Uruguay are making noise in the Top 10 (up to sixth and eighth). New Zealand went +3 all the way to 12th overall as the national team eyes a repeat at the 2016 FIBA 3x3 U18 World Championships in Astana, Kazakhstan on 1-5 June.

In the U18 women's categories, the Netherlands made their return to the top 3 and the USA made a big run in the Top 10 (seventh, up four) after the 3x3U18 national tournament in Colorado Springs. Australia reached the Top 20 (17th) while Bahrain have another outstanding progression from 64th to 32nd overall.