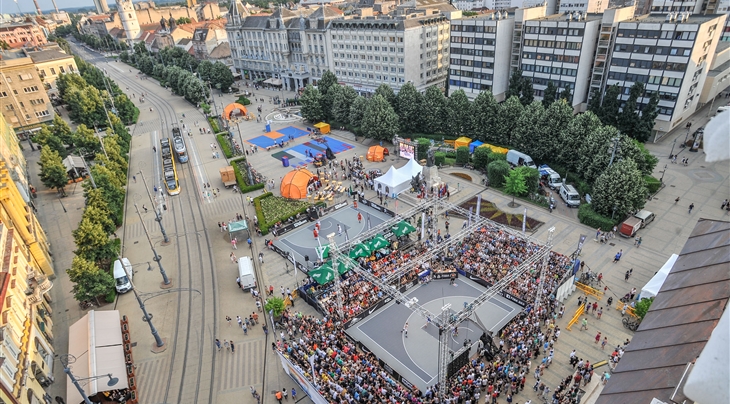 DEBRECEN, Hungary (3x3) - The second edition of the FIBA 3x3 U18 European Championships will take place in Debrecen, Hungary from 9-11 September. Eleven men's and 11 women's teams will earn their places via two qualifiers to be held in Riga (Latvia) and Szolnok (Hungary) to join the Hungarian hosts.

Forty-nine teams from 28 different countries will compete for a ticket to Debrecen and were divided based on the world’s FIBA 3x3 Federation Ranking as follows:

Since they feature fewer teams, Riga’s men's qualifier and Szolnok’s women’s qualifier will only qualify five teams. Six teams from the other two qualifiers will earn a ticket to Hungary, where 12 men's and 12 women's sides will do battle to succeed Turkey (men) and Hungary (women), the winners of the inaugural FIBA 3x3 European Championships held in Minsk, Belarus in August 2015.

Hungary are one of the leading nations in 3x3, especially in youth categories (1st and 6th in U18 women and U18 men in the FIBA 3x3 Federation Ranking respectively).

Debrecen played host to the FIBA 3x3 U18 World Championships last year and have committed to host the FIBA 3x3 U18 European Championships for three years (2016, 2017 and 2018). The second largest city in Hungary will organise a one-week-long festival dedicated to 3x3 on Kossuth Square in front of the iconic Reformed Great Church, which will also include a stage of the 2016 FIBA 3x3 World Tour on 7-8 September.

It is the third straight time a FIBA 3x3 European Championships (U18 or senior) qualifier is staged in Riga while Szolnok will host a FIBA 3x3 official competition for the first time.