Hungarian hosts amaze on Day 1 at 3x3 U18 European Championships 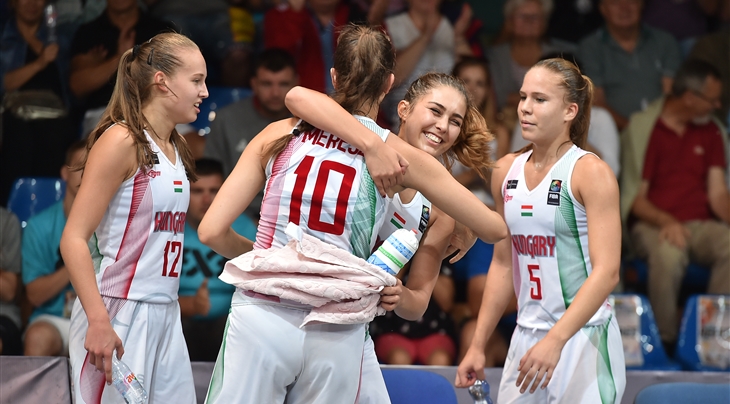 The hosts got off to a flying start in Pool A against Israel (15-7) and got the crowd on Kossuth Square on its feet after destroying Belarus (21-5) for the last game of the night.

No team - men or women - scored more and conceded fewer points than Hungary on Friday.

Teams in Pool A and B both in the men’s and women’s categories stepped on the court on Day 1 and three other teams remained undefeated.

Laura Henket topped all scorers on Day 1 with 16 points and led Belgium to back-to-back wins in Pool B.

In the men’s category, Romania upset both France and Georgia to win Pool A.

In Pool B, Czech Republic dominated both Andorra and Slovenia.

But the story here was Andorra knocked out Slovenia – the winners of one of the two qualifiers to Debrecen – in the next game and advanced to the quarter-finals.

The other shock was France star Paul Djoko’s outstanding performance. The 1.92m athletic freak had countless highlights reels, including a massive poster dunk against Romania.

In the Shoot-Out Contest Qualifier, Hugo Bartolomé (Andorra) and Tanalp Sengün (Turkey) booked their place for the final on Sunday.

The FIBA 3x3 U18 European Championships come back on Saturday 10 September with the teams in Pool C and D from 5pm GMT+2, live on facebook.com/FIBA3x3 and in HD on youtube.com/FIBA3x3.