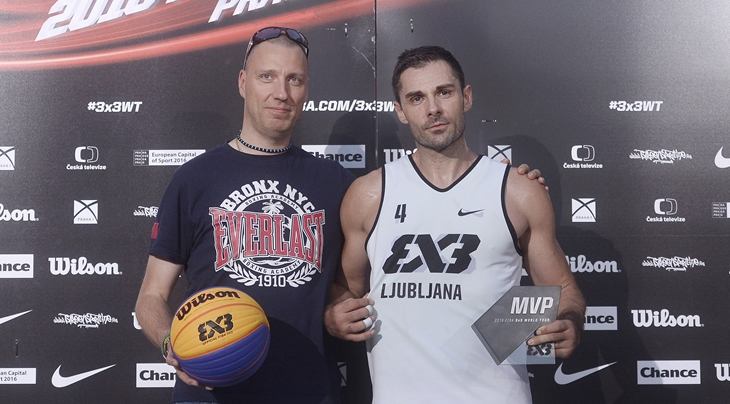 The 1.90m Slovenian hit some big shots over the weekend, including a two-pointer from the top of the key in the closing seconds of the pool game against Belgrade to avoid elimination.

He also topped all scorers in the final against Saskatoon with 9 of Ljubljana's 19 points.

Hercegovac was deadly from long range and scored a tournament-high 13 shots from behind the arc.

The 2013 FIBA World Tour winner will be one of the players to watch at the FIBA 3x3 World Tour Final in Abu Dhabi on 27-28 October.