Hannah tops all scorers on Day 1 at 3x3 World Championships 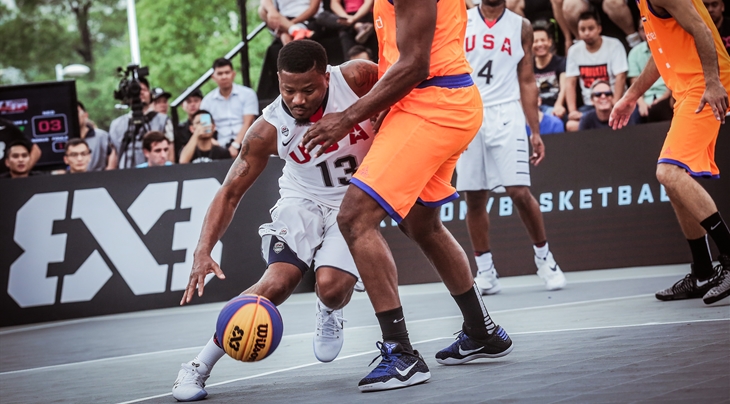 The cat-quick playmaker shot the lights out on Day 1. Twelve of his 17 points came from outside the arc. The man also known as 'Hannaconda' started things off with a 10-point outburst against the Netherlands and kept the foot on the gas in a second win versus Turkey (7 pts).

20-year-old Abulrahaman Saad (Qatar) ranked second with 16 points while Alexandr Pavlov (Russia) had 15 points, including the best individual performance of the day: a 13-point beat-down of New Zealand.

The women's category was a three-way tie between Natacha Perez (who has played in all 3 editions of the 3x3 World Championships), the speedy Maddison Rocci (Australia) and the number one 3x3 player in the word Petra Szabo (Hungary), who all scored 14 points in two games.