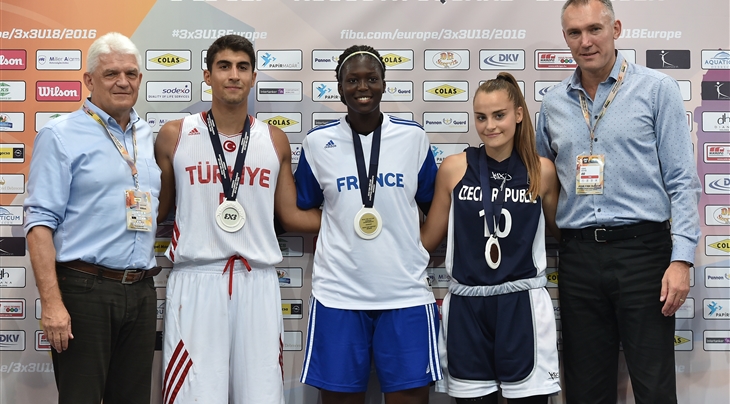 The French star dominated the final. She in fact had already clinched victory after two racks. The MVP of the 2016 FIBA 3x3 U18 World Championships added the last moneyball from the end of the 3x3 court to reach a total of 13 points.