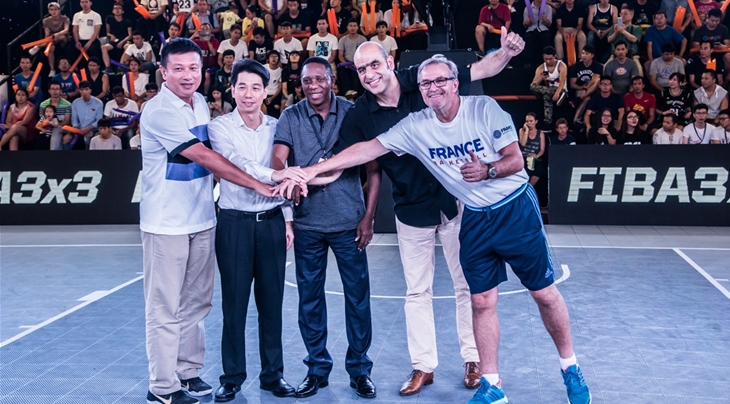 GUANGZHOU (FIBA 3x3 World Cup) – A handover ceremony was organised on the final day of the 2016 FIBA 3x3 World Championships to introduce the fourth edition of the competition, which will be held in Nantes, France on 17-21 June 2017.

Representatives from the association 'The Bridge' - which will organise the next edition of the event in cooperation with the French Basketball Federation (FFBB) and the City of Nantes and is a Presenting Partner of France 2017 - were in attendance in Guangzhou and addressed the crowd, the players and the media.

"We look forward to seeing you in France so that you can witness a fantastic World Cup next year," The Bridge spokesman and France 2017 CEO Essar Gabriel said.

Gabriel revealed the logo of the competition will feature an elephant, a tribute to the 12-metre high mechanical elephant which stands in the Machines of the Isle. This artistic and cultural project based in the warehouses of the former shipyards in Nantes will be the venue of the competition.