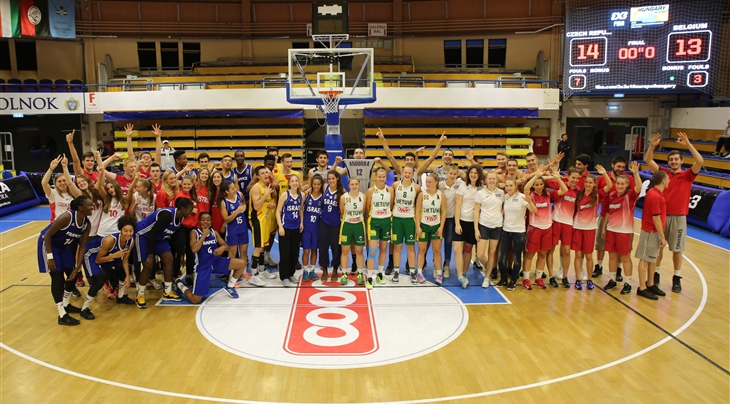 In the men’s category, Czech Republic remained undefeated during the event, though the final was their biggest test. The Czechs beat Belgium 14-13 after Lukas Bukovjan hit a difficult turn-around jumper with just 2 seconds left in the game.

The spectacular Dato Apxazava led all scorers in Szolnok with 35 points. France’s Clément Desmonts and Belgium’s Charles Perrier scored 35 points as well but in 5 games (instead of 4).

The reigning U18 World Champs France dominated the women’s category. Astou Gaye led the team to a perfect 5-0 record, including a hard-fought final against Lithuania (19-15).

Another U18 World Championships star Sara Krumpholcova topped the scoring charts in Szolnok with 31 points including 9 shots from behind the arc. Maria Adaschik (Belarus) was second and Katya Zabarna third (30 and 28pts respectively).

In total, 11 new teams and the 2 hosts punched their ticket to the 2016 FIBA 3x3 U18 European Championships, which will be held in Debrecen, Hungary on 9-11 September.