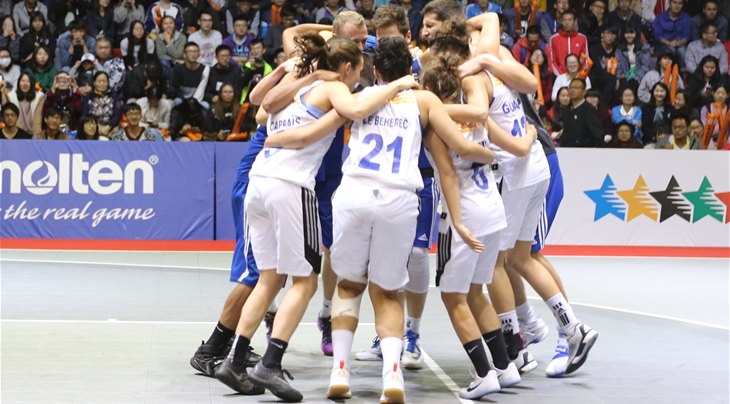 XIAMEN (3x3) - France won gold in both men and women categories at the FISU World University 3x3 Championship 2016 in Xiamen, China on 21-24 November.

It wasn't a walk in the park either for the men’s team who lost their opener against Lebanon (16-17). Les Bleus - starring 2 players who competed in the 3x3 professional season this year (Aurélien Blanchard and Alex Vialaret) besides Yann Rakotomalala and Cyril Scherrens – went on to win their next five games, including a 19-12 rout of Mongolia in the final. Lebanon struck bronze after beating China (21-18) in the third-place game.

It is the second time this year France sweep gold medals at an international 3x3 event. They won both men and women categories at the FIBA 3x3 U18 European Championships in Debrecen, Hungary on 9-11 September.