France go back to back at FIBA 3x3 U18 World Championships 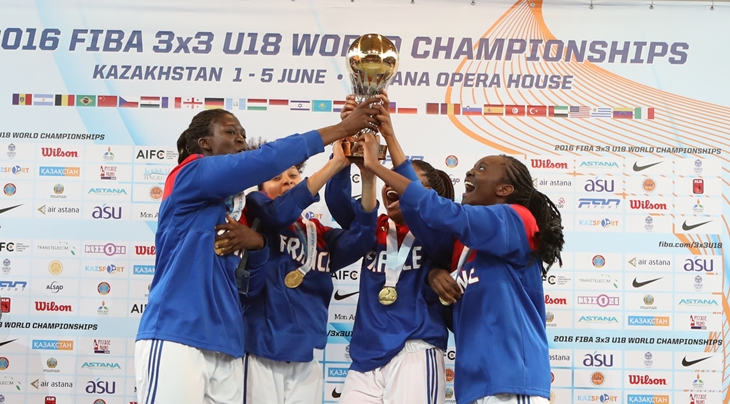 France remained undefeated during the entire tournament and showed great confidence in the quarter-finals and semi-finals where they won two one-point games in a row (13-12 against Netherlands and 15-14 against Spain respectively).

The final was a rematch of last year's edition but this time France cruised to an easy win thanks to the strong play of Diene Diane, who scored 9 points including two shots from behind the arc.

In the bronze medal game, Spain defeated Czech Republic 18-12. The versatile Laia Solé topped all scorers in the game with 8 points.