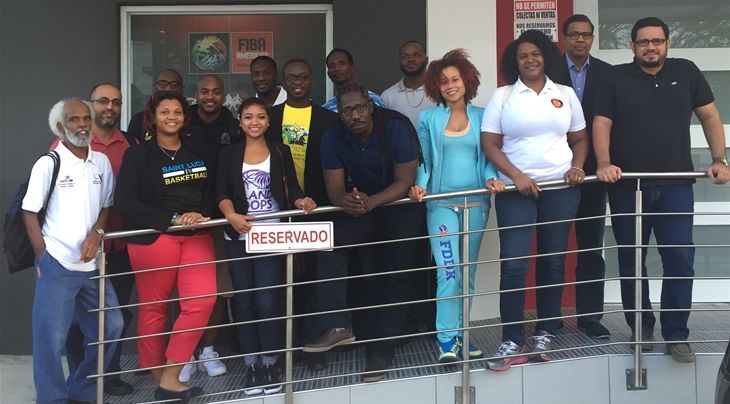 SAN JUAN - The FIBA International Basketball Foundation (IBF) has launched a project to bring a host of Caribbean islands closer together on and off the court through the launch of a 3x3 youth tournament.

In an area known as the Lesser Antilles, members of more than 15 national federations have been encouraged to facilitate their own National 3x3 Championships for boys and girls born in 1999, 2000 and 2001 which would qualify teams for what promises to be an exciting international event.

"The Lesser Antilles are formed by a group of small islands that are geographically very close, but still rather isolated in many ways," explained IBF President Yvan Mainini. "At the same time, we also wanted to enable intercultural exchanges between youngsters of both genders." The workshop gave each participant the skills and knowledge to run a 3x3 endorsed event in their own respective nation.

Informative discussions were held which helped everyone present to proceed with the staging of the qualifiers which will lead up to the Lesser Antilles 3x3 International Youth Tournament.

The 3x3 workshop was facilitated by the National Federation and Sports Manager of FIBA Americas, Nestor Rodriguez, while CBC Vice President of Finance and Marketing, Patrick Haynes was also present.

By the end of the workshop, each participant had been supported to conduct, teach, and run a 3x3 FIBA endorsed event in their own respective nation.

The 3x3 event also fits into FIBA's global strategy of promoting and funding a global 3x3 structure, that will potentially allow smaller countries to participate in major tournaments.

"In addition to the change of the new competition system to the senior men tournaments, is the implementation of the 3x3 pillar which will help smaller countries," confirmed FIBA Executive Regional Director - Americas, Alberto Garcia.

"They will get a chance to showcase their athletes on the world stage through 3x3 basketball."