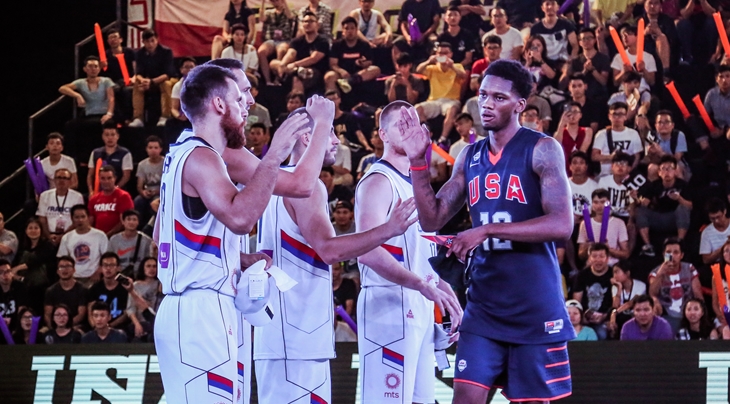 The FIBA 3x3 World Championships may have drawn to a close but 3x3 fans will get a chance to see more of the best players in the game next week.

The four Serbian players who won gold in China are the two-time defending champions on the World Tour and play under the name Novi Sad Al Wahda.

Three of the four US players (Kavon Lytch is the only exception) represent Chicago on the World Tour and earn their ticket to the final after winning the Americas Masters.

Last but not least, the four Slovenian players who struck bronze last week are known as Team Piran on the World Tour and finished fourth in Abu Dhabi last year.

A total of 13 players who were at the World Championships will travel to the UAE capital considering Vitalii Kuznetsov and Leo Lagutin (both Russia).