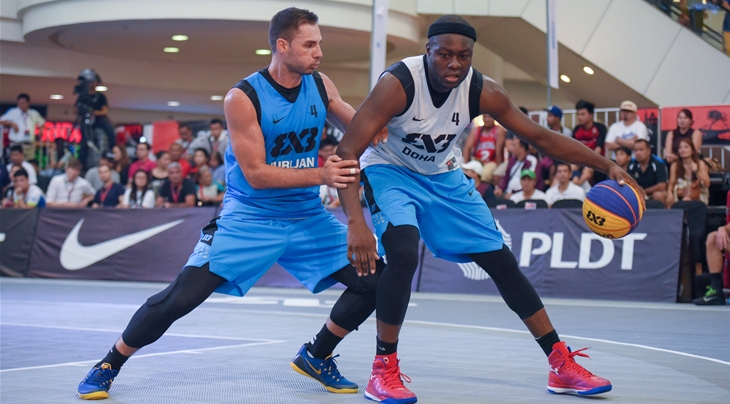 The Qatari capital plays host to the first challenger of the season, these international tournaments that qualify directly to the World Tour.

Five of the top 15 ranked players in the world and 5 teams who played at the World Tour last year are in to secure their ticket more than three months before the first World Tour event.

Local favourites Team Doha will be one of the teams to beat after their heroics last year.

On 16 August 2015, the spectacular Dominic James hit a game-winning two-pointer in overtime to win the Beijing Masters.

The 29-year-old says he can't wait to come back this season:

"I’m extremely motivated to return to the World Tour! Last year was a great opportunity to travel the world, play against the best and be a part of a movement that is growing before our eyes."

We will have a very good and interchangeable team. - James on Team Doha

Two new faces will join Team Doha for the tournament and James believes they will make the squad competitive in front of their home crowd:

"We will have to play without our leader Yaseen Musa, who sustained an injury," the 55th player in the world admitted.

"Also losing Sammy Monroe is a big loss but we got a fighter in the paint with Erfan Ali Saeed and a very young and talented player with Abdulrahman Mohamed Saad. And everybody knows about Tanguy Ngombo [currenly ranked 13th in the world] who can play and defend anyone."

"I’m impressed how many good teams will be at the tournament," told the 1.90m leaper.

Ljubljana are the favourites because of their experience. - James

The Doha Challenger could mark the fourth time Ljubljana and Doha meet again with Doha leading 2-1, including the thrilling Beijing Masters final.

Team Malaga is the fifth team who played at the World Tour last year. Even better: they are one of the only two teams who have played in all four editions of the competition.

The games will start tomorrow at 13:00 local time (GMT+3) and climax at 19.10 local time with the final. You can follow the live coverage on @qatarbf.