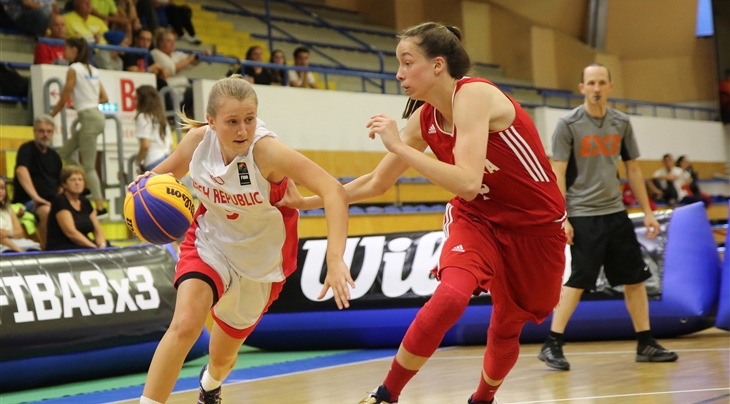 In the men's category, Lukas Bukovjan topped all scorers (11 points per game) and led Czech Republic to a perfect record in Pool C.

Hungary was the only team to finish before the 10-minute limit in both games in Pool B. 3x3 rising star Dato Apxazava put on a show for Georgia in Pool A (10.5ppg) and another skilled playmaker Charles Perrier shined for Belgium in Pool D (8.5 ppg).

In the women's category, 4 teams did not taste defeat on Day 1.

In Pool C, Sara Krumpholcova said hello. The member of the 2016 FIBA 3x3 U18 World Championships Team of the Tournament finished second in scoring with 17 points in 2 games, including 6 bombs from behind the arc.

The U18 World Champs France won both games though Belarus gave them a big scare (17-6) in Pool B. Lithuania impressed in Pool A while Israel won two one-point games against Ukraine (and leading scorer Katya Zabarna) and Romania.

Action resumes tomorrow at 13.00 local time (GMT+2) with the start of the quarter-finals.

Hungary's men and women are automatically qualified as hosts. If they are one of the best 5 teams (in men) or 6 teams (in women), then the next team ranked in the final standings qualify.