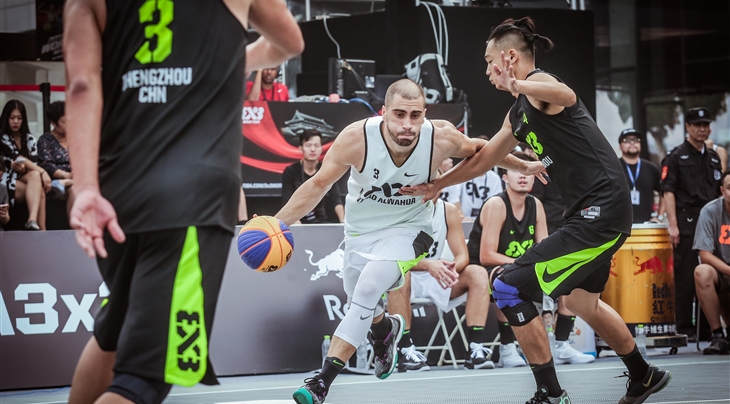 The number one 3x3 player in the world had a solid start against Zheng Zhou (CHN) (9pts) before a 14-point explosion - which included six shots from long range - against Shanghai SUES (CHN).

The 30-year-old Serb also got the Chinese fans on their feet with a ridiculous between-the-legs move, driving to the basket.

Bikramjit Gill (Hamamatsu, JPN) had his own heat check (13 points against Auckland, NZL) and ranked second in scoring with 21 points.

Keita Suzuki (Tokyo, JPN) "only" finished third on Day 1 but he had hands down the most stunning performance of the day. He netted 15 points, including six shots from behind the arc and the game-winning floater in a do-or-die game against Beijing (CHN).