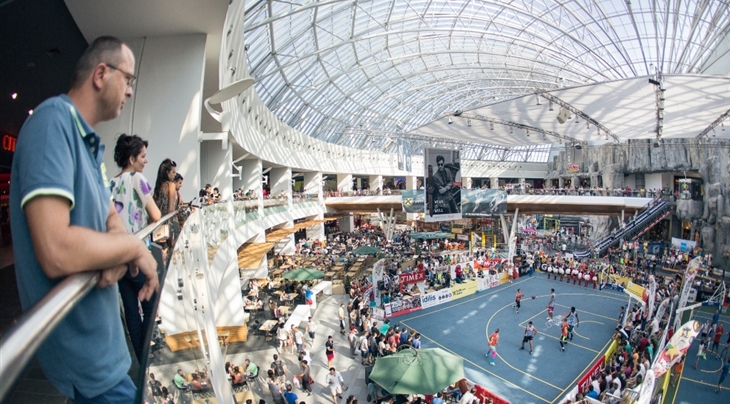 MUNICH, Germany (3x3) – The second edition of the FIBA 3x3 European Championships will be held in Bucharest from 2-4 September 2016.

After a popular inaugural edition on University Square on 5-7 September 2014, the event goes back to the Romanian capital - this time indoors - in the imposing AFI Palace Cotroceni shopping mall.

Twelve men's teams and 12 women's teams will compete at the tournament hosted by the Romanian Federation and organised by private promoter Sport Arena - the two parties who already combined on the 2014 successful edition.

Fifty-two teams (men and women combined) from 27 countries have registered to play in one of the three qualifiers organised in Escaldes-Engordany (Andorra) from 25-26 June, Poitiers (France) and Amsterdam (Netherlands) from 1-2 July.

Since they feature fewer teams, the men’s and women’s qualifiers in France will only qualify three teams. The four best teams from the other four events and the hosts will make it to Bucharest.

Romania has been a pioneer in the development of 3x3 and its men’s national team is the reigning European champion while Russia won the women’s title back in 2014.