Argentina shine on Day 1 at FIBA 3x3 U18 World Championships 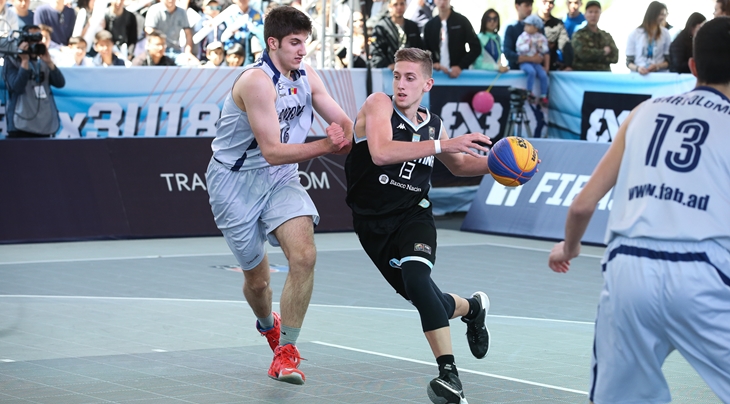 Team of the Day: Argentina (men)

The Albiceleste quickly established itself as a title favourite after defeating China (21-17) and Andorra (19-10). Lautaro Berra is long (2.08m) and Tomas Cavallero has a nice lefty stroke but the strong Santiago Ibarra and the versatile Jorge Quercetti led Argentina in scoring on Day 1 (14pts each).

For their first appearance at the FIBA 3x3 U18 World Championships last year, Kazakhstan did not win a single game. In other words, a face-off with 2015 quarter-finalists Romania seemed like a brutal way to start the event. And then all four Kazakh players started connecting from behind the arc and bring the crowd to its feet.

To all those thinking there was no room for such a lightweight in 3x3, the 1.85m, 67kg playmaker responded with strong drives to the basket, teardrops and a couple of bombs from behind the arc. He finished the day as leading scorer in the men's category.

Stat of the Day: Sára Krumpholcová (17 points in 7 minutes)

"She's on fire, hotter than Daenerys Targaryen", our commentator Kyle Montgomery said during the game. The Czech rising star scored 7 times from behind the arc against Venezuela for a total of 17 points. She added 7 in her second match against Germany and is the undisputed top scorer in the women's category.