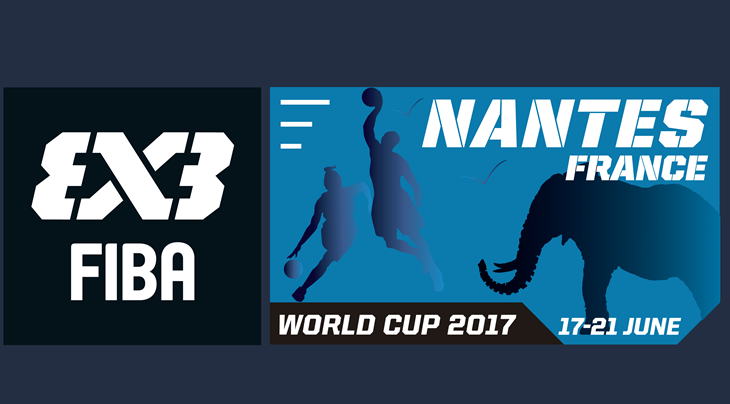 As previously announced during the previous edition in China on 15 October the logo of the 3x3 World Cup (previously known as 3x3 World Championships) features an elephant, a tribute to the 12-metre high mechanical elephant which stands in the Machines of the Isle.

This artistic and cultural project based in the warehouses of the former shipyards in Nantes will be the venue of the competition, which will be organised by the association 'The Bridge' in cooperation with the French Basketball Federation (FFBB) and Nantes Métropole.

It also stars one male and one female player, a reminder that both categories compete at the FIBA 3x3 World Cup. After managing French national teams all over the world in the last 5 years, Billant rejoiced about the opportunity to bring 3x3 home:

"It is amazing to hold the 3x3 World Cup in France," Billant said.

"This will allow us to raise awareness about this very spectacular and short-paced game."

It will mark the first time FFBB hosts a basketball World Cup.

"It is an honour to play in front of the French fans and my family. We will introduce people to the world of 3x3," the number 19 3x3 player in the world explained.

"We were very successful back in 2012 and we believe we can do great things again next year!"