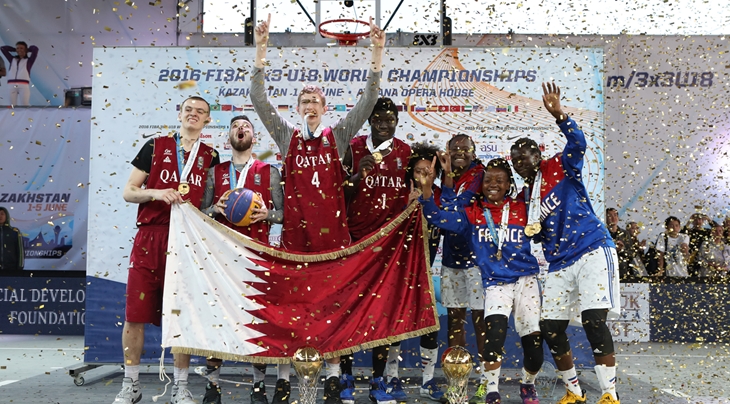 The event - organised by FIBA in cooperation with the Chinese Basketball Association (CBA) and the Chengdu Municipal Government - will be the sixth edition of the FIBA 3x3 U18 World Cup (previously known as 3x3 U18 World Championships). It's the first time that the competition is hosted in China after being staged in Italy (2011), Spain (2012), Indonesia (2013), Hungary (2015) and Kazakhstan (2016).

France's women won the last two editions while Qatar's men struck gold last year in Astana, Kazakhstan. Both teams were automatically qualified for the event as well as the Chinese hosts.

The other teams earned a ticket to the FIBA 3x3 U18 World Cup thanks to their position in the FIBA 3x3 Federation Ranking.

This ranking includes sport and development criteria, allowing both the strongest teams on the field as well as the most active countries to participate in the event, which fulfills a key aim of 3x3: diversity.

Bahrain, Kyrgyzstan, Turkmenistan and Uganda will make their debut at the event.

All games at the FIBA 3x3 U18 World Cup will be played on the same court with 20 men's and 20 women's teams competing in the event and in three individual contests (men's dunk contest, women's skills contest and mixed shoot-out contest).