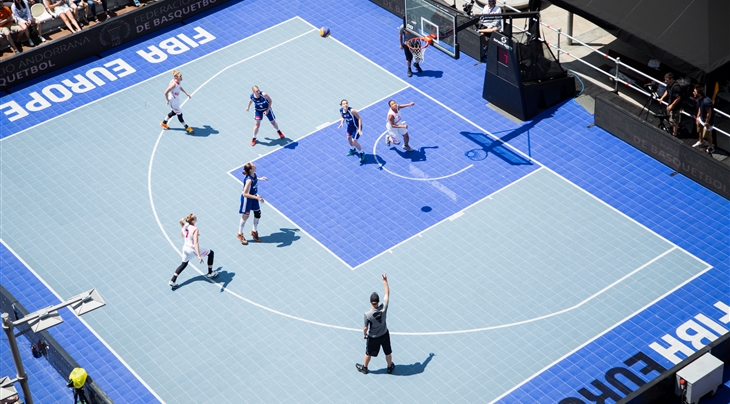 The Romanian hosts were automatically qualified but still shined in the qualifiers as the women's team finished 2nd in Andorra and the men were 3rd in France.

Since Russia's women also won their ticket to Bucharest after winning the France Qualifier, it means both reigning champs (including Romania's men) will have a chance to defend their title.

In fact, every team that won a medal at the 3x3 event of the European Games last year have qualified, meaning all the main favourites will attend the party.

There will however be room for new faces as the Slovak Republic (men), Austria and Serbia (women) will make their first-ever appearance (in this category) at a main FIBA 3x3 international competition.