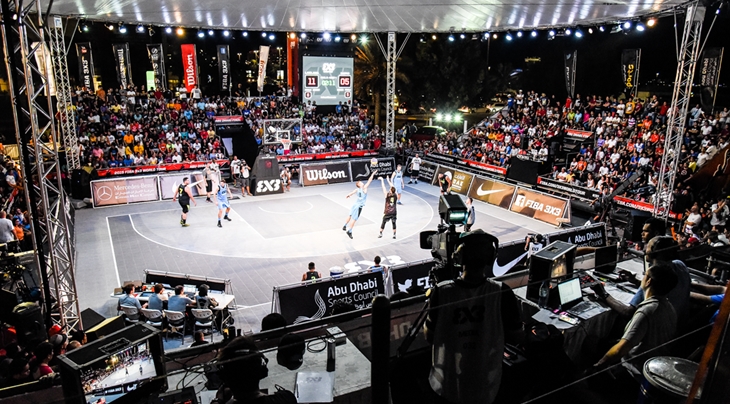 MIES, Switzerland (3x3) - FIBA on Tuesday unveiled the full schedule for the fifth edition of the FIBA 3x3 World Tour, which will start in Mexico City on 16-17 July and culminate with the World Tour Final in Abu Dhabi on 27-28 October.

Launched in 2012 the yearly World Tour is the flagship event of 3x3 basketball. It sees teams representing cities from around the world qualify for several 12-team Masters events and a Final via a worldwide network of qualifying tournaments. Any team of four players is eligible to participate.

The number of events on the World Tour has increased from seven to eight this season.

The event comes back to Japan - this time in Utsunomiya - and makes its first appearance in Hungary, going to Debrecen, which successfully hosted the FIBA 3x3 U18 World Championships last year.

The winners of each stage and the best teams in the overall World Tour standings after the last Masters qualify for the FIBA 3x3 World Tour Final, which will be held in Abu Dhabi for the second year in a row.

Novi Sad Al Wahda (UAE) won the last two editions of the World Tour, in Tokyo on 11-12 October 2014 and Abu Dhabi on 15-16 October 2015. Their top scorer Dusan Domovic Bulut is the current leader of the FIBA 3x3 Individual World Ranking.

An initial list of the 2016 FIBA 3x3 World Tour Qualifiers will be announced by the end of the month.