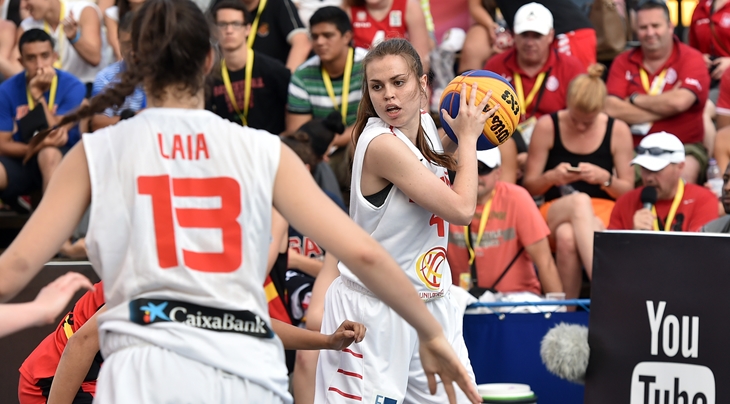 Story
It is their time. Last year Spain experimented with a team younger than most and ended a disappointing 11th at the U18 World Championships and 5th at the European Championships. This year it means Spain is the only team in the entire tournament (men and women combined) to come back with 3 players from the World campaign and all 4 players from the European campaign. The towering Paula Ginzo (1.90m) rose to 4th overall in the U18 ranking. Laia Solé and Naira Cáceres Martell are a threat inside and out. Last but not least, Lucía Alonso is a tough cookie and has Steph Curry range. She is an automatic favourite for the shot-out contest after winning silver in Debrecen and bronze in Minsk last year.

Nobody scored more than 12 points on New Zealand last year. Kendell Heremaia is back from last year's squad (which finished 12th). The talented Krystal Leger-Walker has now moved up to senior category but New Zealand may have found the perfect replacement in younger sister Charlisse, who could well be one of the stars of the tournament at just 14 years-old.

After reaching the Last 16 in their two previous appearances, Turkey had a disappointing outing last year (18th overall). All 4 players will represent the country for the first time in a major international event but we should keep an eye on rebounding machine Deniz Onat.

Egypt surprised a lot of people last year when they made it to the Last 16 and come back with a strong team, including the returning Zeina Elbarky. Radwa Salem and Nadine Selaawi played at the 2014 FIBA (5x5 basketball) U17 World Championship and Selaawi was the top scorer of the team. Enough to finish 1 or 2 in a difficult pool?

Last but not least, Guatemala make their first-ever appearance in the women's competition. Though they will be by far the shortest team in the tournament (1.62m), can they show that heart > height?