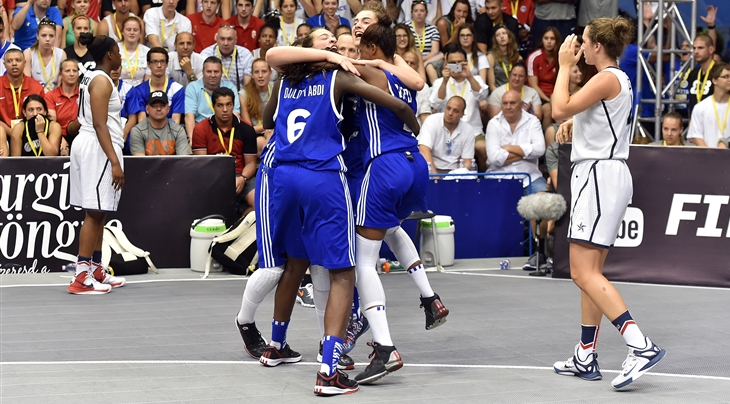 Story
France shocked the world last year by upsetting two-time winners USA in the final. Sadly for les Bleues, none of the four gold medallists are back this season. The squad will rely on twin towers Sarah Shematsi (1.84m) and Astou Gaye (1.87m), who are also club team-mates. The latter has the right genes: her older sister Aby plays for the senior French basketball team.

China are one of the rare teams that have not missed a single edition of the competition and showed some progress last year, reaching an all-time best 5th place last year.

Things couldn't be more different for the United Arab Emirates, who will make their first-ever appearance at the FIBA 3x3 U18 World Championships (men or women).

Andorra have two players returning from last year's edition with the dragster Laura Bueno (1.61m) and María Martín Moliné. Experience will be their forte, not height. Andorra will feature the second shortest team in the tournament after Guatemala.

Tunisia are back after a 3-year-absence and bring together players that have shined in youth basketball events, starting with the versatile Marwa Shili, who finished 2nd in scoring last year at the FIBA Africa U16 Championship.