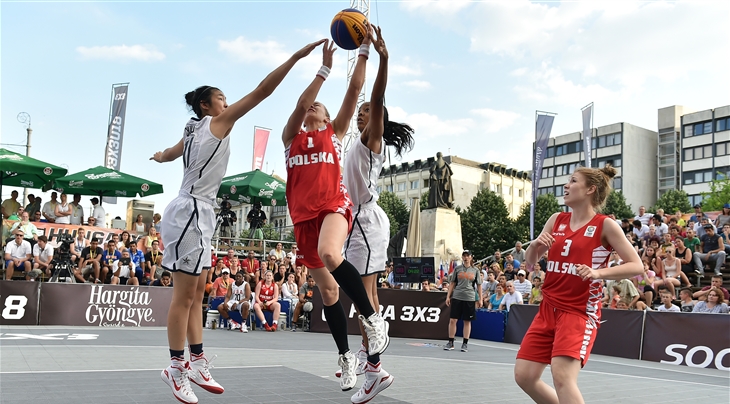 Story
Looking for an early favourite? The US team won 2 of the 4 previous editions and systematically reached the semis. They show up in Astana with the best-ranked basketball player in America (Megan Walker), the tallest player at the tournament (Sidney Cooks, 1.93m) and the best shooter since Katniss Everdeen (Amber Ramirez).

Just two years ago, the Netherlands reached the final of the 3x3 event at the Youth Olympic Games (and - guess what? - lost against the US). The Dutch team is starting a new cycle with three 15-year-olds in Astana and the talented Evi Dekker (33rd in the world), who led the country to the quarter-finals of the 3x3 U18 European Championships last year.

Italy instead is in win-now mode with 4 players born in 98, including the speedy Anna Togliani and the towering Elena Castello (1.85m), who have shined in basketball youth competitions. The Italians have been traditionally competitive in the women’s tournament, finishing in the Top 6 in all 4 editions, including a silver medal at home back in 2011.

Don’t sleep on Poland and their diminutive one two-punch of Julia Niemojewska and Weronika Nowakowska (both under 1.70m). Nowakowska showed an ability to break ankles in the 2015 edition when she finished 13th overall in scoring.

In other words, the Kazakh hosts did not get the easiest seeding. But count on Madina Baibolekova to wow the crowd after she impressed and ended 4th in scoring at the U16 (basketball) FIBA Asia Championship last year.