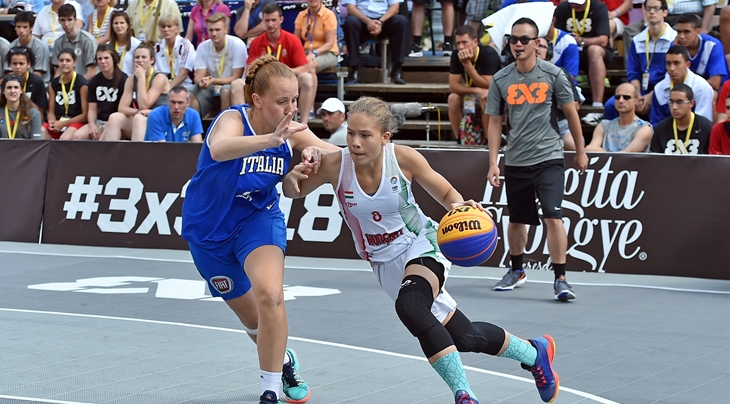 Story
Hungary had a dream season last year striking bronze at the U18 World Championships and gold at the U18 European Championships. Now that Nina Aho has moved up age category, the new number one U18 woman in the world Veronika Kányási will have to shoulder more responsibility to live up to her rank.

Israel had a Cinderella run at the U18 World Championships last year all the way to the semi-finals. Just two months later, they showed Debrecen was not a fluke by winning bronze at the U18 European Championships. Lior Halevi (19th in the ranking) and Eden Rotberg are back but this time there will be no element of surprise.

Czech Republic are a regular at this level. In fact, the country has played in all 4 editions and systematically finished in the Top 10. They have however never reached the semi-finals. Challenge accepted by the super-talented Eva Vitaskova.

Germany were the fourth team from this pool to reach the Top 10 in last year's edition. This team doesn't have any significant experience playing 3x3 but have the size, including the tallest player in the group, Mirja Beckmann (1.88m).

Last but not least, Kellimar Ramirez (42nd in the ranking) returns to the competition after Venezuela made their first-ever appearance in the women's tournament last year (20th).