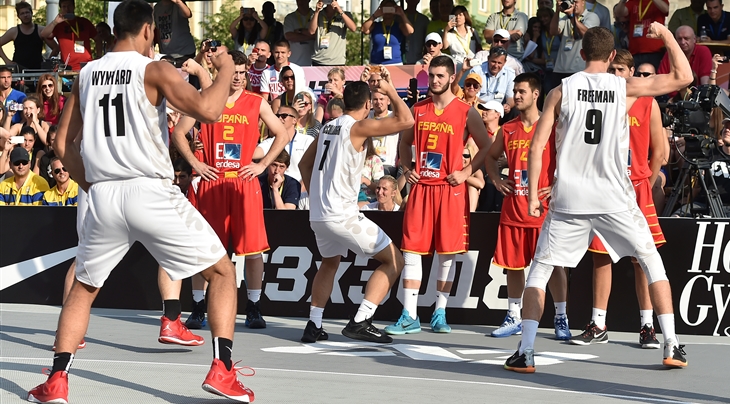 Spoiler alert: this pool is absolutely ridiculous. Each team played (and played well) at the event last season. Spain reached the semi-finals in 2015 and cracked the Top 10 in all three appearances. This year's squad features players from the most prestigious basketball academies in Spain. Keep an eye on FC Barcelona rising star Aleix Font.

Brazil had a nice run last season and finished 10th. The athletic Fabricio Verissimo is the only player back from last year and should combine nicely with big man Felipe Franklin Santos, who currently ranks 22nd in the world  in U18 category.

The last two teams in the Pool - Hungary and the Philippines - actually fought for a Last 16 spot last year in the pool stage (the Philippines won the game but Hungary qualified). The Magyars also have one player returning from last year with high-flying Krisztofer Durázi, who was the team's second top scorer in Debrecen.

The Philippines will make their first-ever appearance at the event without Kobe Paras. To bridge the huge gap, the Asian powerhouse called up two players who have recently shined in youth categories, playmaker Theo Flores and the promising Joshua Sinclair, who already ranks 19th in the world in U18 category after an eye-catching performance at the 2015 FIBA 3x3 World Tour.