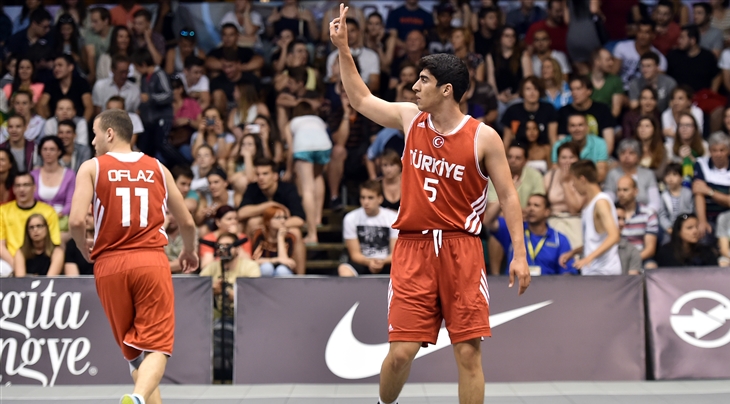 Story
Argentina came close to keep their U18 crown last year, only losing in the final against New Zealand. #5 player in the world Jorge Quercetti is the only player returning this season but the supporting cast - including promising big man Lautaro Berra - makes the Albiceleste a main title contender.

Speaking of contenders, Turkey's back with the one-two punch of Türkay Barutçuoğlu and Tanalp Şengün, who won the FIBA 3x3 U18 European Championships last year in Minsk. Don't sleep on Şengün, who was the top scorer in Belarus and ranks 6th in the world ranking.

It would not be the first time China pull off an upset. After all, the team finished 6th in 2013.

Andorra showed they could compete with countries 100 times their size last year, finishing 18th overall. Besides the team can build on the experience of Hugo and Alexis Bartolomé, who both return this season.

Last but not least, Georgia also return to the event after a disappointing 20th place last season. The talented Nika Darbaidze is back and should be one of the players to watch in Astana.