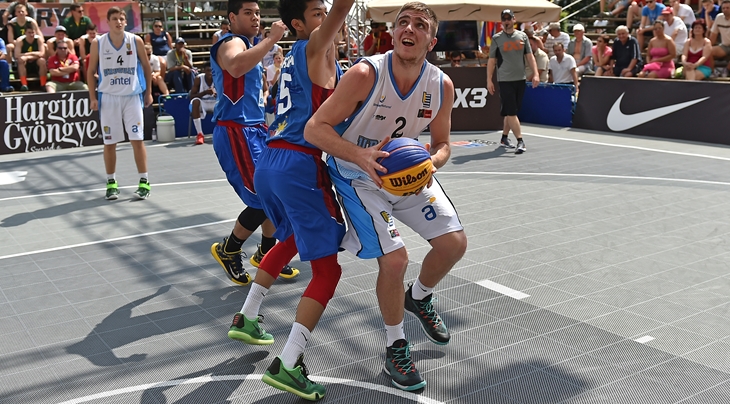 Story
Can the Dutch team live up to the #1 seed? The speedy Tijme Van Dik has #1 handles and Lawrence Slim #1 genes. His sister Isabella became the first Dutch player to play in the NCAA Final this year.

Their neighbours Belgium will be one of the teams to watch in the pool since the one-two punch of Thibaut Bronchart and Charles Perrier is back after finishing 6th at the FIBA 3x3 U18 European Championships last season.

Slovenia is the third European team in Pool A and makes a return to the event after a 5-year-drought. Keep an eye on the versatile Urban Oman, who's expected to be one of the stars in Astana.

Speaking of stars, the lanky Juani Ducasse could do some damage in Kazakhstan. He was already in the Top 30 in scoring last year in Debrecen and comes back with a lot of experience. Martin Rojas was also on the team that reached the Last 16 in 2015. In fact, Uruguay is the only team in the men's tournament with at least 2 players returning from last year's edition.

Last but not least, Egypt impressed in 2015 when they reached the Last 16. But 16 is also the average age of the team in Kazakhstan. Can they beat teams two years older?