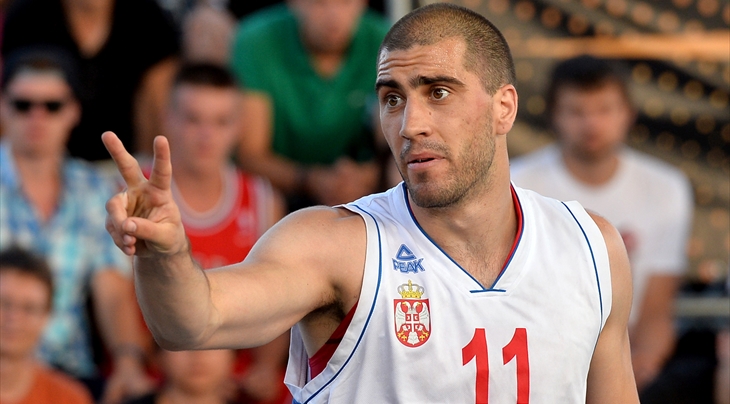 1.    STAR PLAYER: The local fans will get a chance to see the number one 3x3 player at work. Dusan Domovic Bulut aka "Mr Bullutproof" (Serbia) has been dominating the game since 2012 and brings with him a team that has won the 3x3 professional circuit - the FIBA 3x3 World Tour - back to back in the last two years.

2.    SCORING CHAMP: Nobody expected Ukraine to shine at the 3x3 tournament of the European Games last year and yet the 24-year-old Olga Maznichenko led the team all the way to the final. She also topped all scorers at the event. Definitely one to watch in Amsterdam.

3.    NEW BLOOD: Better than silver, Mert Basdan led Turkey all the way to gold last year at the FIBA 3x3 U18 European Championships in Belarus. Can he make the transition from U18 to senior look as smooth as a Frank Ocean track?

4.    FIRST TIME: Serbia have been dominating the 3x3 game for years. In the men's category. But women are the future of men and Serbian girls will make their big international 3x3 debut with several big names, including Marina Markovic, who played at the 2014 FIBA (basketball) World Championships.

5.    SISTERS: They're almost taller than the Rembrandt Tower: the Bettonvil sisters (Jill 1.87m and Loyce, 1.85m) make the Netherlands team the tallest team of the tournament and one of the favourites to make it to Bucharest.

6.    HOSTS: The women's team will be a force to be reckoned with - especially after they finished 4th in the 2014 edition - but the Netherlands' men's national team should get the local crowd on its feet. Jesper Jobse can ball and Sjoerd Van Vilsteren is not called "Flying Dutchman" for nothing...

7.    PAST WINNERS: Russia were unstoppable last year at the European Games. The sharp-shooting Ilya Alexandrov is back and so his Leo Lagutin but will the team intimidate anyone without the injured Alexandr Pavlov?

8.    HIGHLIGHT MACHINE: Two things you don't want to do with Marshall Moses: armwrestling and defending him on a 3x3 court. The Azerbaijan star can let if fly from outside the arc and just take flight in the paint. Don't believe us? Just watch his European Games mixtape:

9.    SURGERY: How many 3x3 players could break your ankles and then fix them for you? Russia's Alexander Lisichkin can! When he's not playing for the Russian national team, he is a professional surgeon in a St Petersburg hospital.

10.    VIDEOS: Every single game will be livestreamed on youtube.com/FIBA3x3 and on facebook.com/FIBA3x3. No Kyle Montgomery this time but we will also get you a Top 5 of the event, mixtapes of the top players and highlights of the finals. You're welcome.