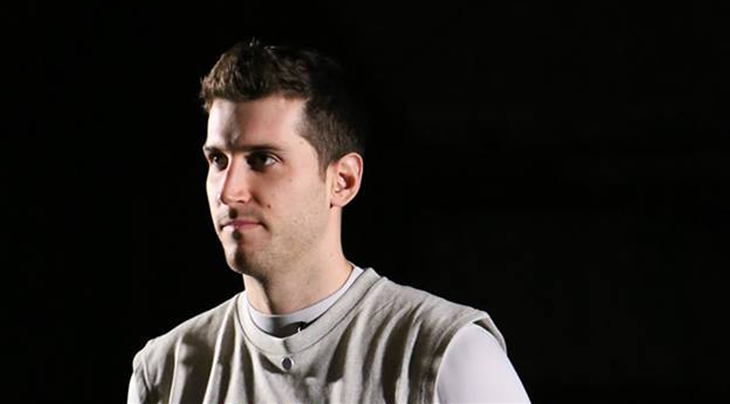 ROME (3x3/European Games) - There was major pride in Damiano Verri's voice when he talked about being chosen to represent Italy in 3x3 basketball at the Baku 2015 European Games.

"I’m very excited about it. It’s the first time I’ve been called for the national team," the 29-year-old Verri said in an interview with FIBA.com.

"It makes me proud because I think for every player, every sportsman, it’s a big honor to wear the country’s uniform."

Verri was named by the Italian Federation of Basketball (FIP) to compete at the first-ever European Games after he teamed with Andrea Iannilli and Claudio Negri to win the nationals tryout tournament in Rome on 6 April. The fourth member of the team for Baku 2015 will be Gionata Zampolli, who was a member of the team that Verri’s side beat in the final.

"We are excited because we had a good feeling with him," Verri said about Zampolli being added to the trio for the tournament in Baku.

"I think we can play very good with him. He’s a playmaker. He's a good shooter. He can drive with the ball and attack the basket. He’s short but he’s a strong player. I guess we need a player like him. We cannot just be big men on the team. We need someone like him too. And it’s a very good choice. He's a good athlete and a very good player."

Verri, a 2.06m center who plays for Italian Serie B side Meridien Monsummano, said he hopes to excel in Azerbaijan.

"We don't have a real target. The federation didn't tell us go there and be in the first position or reach the quarters. We will do our best to get the best spot possible." Verri said.

"Dreaming about first place is not a crime." Damiano Verri

"It's already big to be part of a huge event. Why not dream a little and maybe get a medal. Every team is going to the European Games or plays on the World Tour to win, to win the gold medal. I don't say we are the best team, but we have a good chance to do good. I think we are good enough to be in the semi-finals."

While in Baku, Verri said he would love to see some of the other sporting events going on - if he has the chance to sneak away.

The 3x3 basketball tournament at the European Games runs from June 23-26.

Verri said it's great that there is a European Games now.

"It gives more athletes the opportunity to be part of a major event in the world. This is like a little Olympic Games," he said.

Verri added he is happy about having another chance to play 3x3 basketball - something he started three years ago.

"You have to work together. You have to be your best and if you know you cannot do anything more, you have to call the substitution because there is not a coach who can see you are not playing well. You have more responsibility. I love that part."