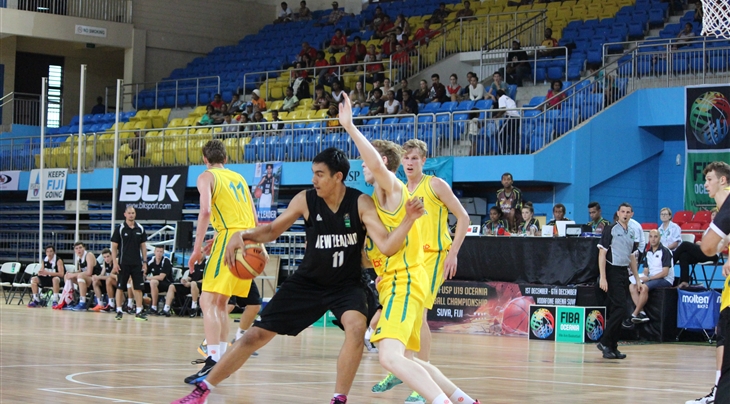 DEBRECEN (3x3) - The FIBA 3x3 U18 World Championships is where a lot of players have made a name for themselves. 2014 FIBA Basketball World Cup player Isaac Fotu won the 2011 edition with New Zealand, NBA player Damien Inglis won a gold medal for France in 2012, 3x3 All Star and 2014 Youth Olympic Gold Medallist Kristupas Zemaitis did wonders in 2013. We look at the 10 players who could well be the stars of tomorrow in 3x3 and basketball in general. One rule: just one player per country!

Daniel de la Rua (Spain)
The 1.81m playmaker already played some minutes for the 2015 Euroleague winners, Real Madrid Baloncesto. He even captained Real Madrid’s youth team to success in the Adidas Next Generation Tournament, the U18 version of the Euroleague. A tough defender and deadly shooter, it is de la Rúa’s floor general abilities which may be crucial for Spain in a game without coaches like 3x3.

Jalek Felton (USA)
The 17-year-old is the nephew of NBA player Raymond Felton and - like his uncle - will soon play for Michael Jordan’s alma mater, the University of North Carolina. Blessed with terrific athletic abilities, he already announced he will look for two gold medals: the title with USA and an individual win at the Dunk Contest.

Martin Fernandez (Argentina)
The 1.93m sharpshooter is the only player in this list to have played last year at the FIBA (Basketball) U17 World Championships. While it did not go very well, neither for him (17% field goal percentage) nor for the team (Argentina finished 10th), Fernandez has an opportunity to redeem himself in Debrecen and defend Argentina’s crown, won in 2013 in Jakarta, Indonesia.

Luis Gonzalez (Puerto Rico)
Unlike a lot of stars on this list, it will not be a first international 3x3 experience for the diminutive Gonzalez (1.83m officially). The 18 year-old played at the 2014 Youth Olympic Games (YOG) last year and made headlines not only for testing Google glasses but also for shooting the lights out in China. Just don’t leave him open.

Joaquin Jones (Uruguay)
Back-to-back YOG alumni! The 1.98m big man gained a lot of experience in Nanjing last year and continued to play 3x3 this season so much and successfully that he will enter the event as the number 9 U18 3x3 player in the world.

Nandor Kuti (Romania)
The third and only player who starred at the YOG last year, Kuti actually led Romania to the quarter-finals in Nanjing. Don’t let his fancy haircut fool you, he’s a hard worker who likes to dunk in traffic.

Kobe Paras (Philippines)
The son of a former Filipino basketball star (turned movie star), Kobe Paras was the youngest player at the 2013 FIBA 3x3 U18 World Championships. He ended the tournament as the biggest star, winning the Honda Dunk Contest and generating more than 2 million views on YouTube. Kobe now plays basketball in California and will soon join the famous university of UCLA and has said to be ready to take the role of a leader with his brand new team.

Siim-Markus Post (Estonia)
Estonia has shined at the event before… but rather in the women’s category like in 2013 when the Baltic country struck silver. Contrary to his name, the 1.85m is not likely to make damage in the post but rather on the perimeter and getting his team-mates involved. He was already a key member of the Estonian (basketball) national team last year at the 2014 U18 European Championship, Division B.

Killian Tillie (France)
The son of a French volleyball legend and brother of a basketball international, Killian Tillie was dominant last year at the U16 European Championship, winning MVP honours. He may not be a heavyweight just yet (82kg) but has the size (2.02m), athleticism and versatility to be an absolute star in Debrecen. Tillie plays at Centre Fédéral, the same academy which produced NBA stars like Tony Parker in the past.

Tai Wynyard (New Zealand)
Back in 2011, New Zealand won the first-ever FIBA 3x3 U18 World Championships and this massive 2.05m big man is ready to follow in Isaac Fotu's footsteps. The 17-year-old is a son of a well-known wood-chopping champion in the country and has already made noise in the basketball world with an appearance at the Nike Hoop Summit this year and a scholarship to play at the university of Kentucky. He is big but mobile and has good hands. Oh and he likes dunking. Expect him to make a daily appearance in our Top 10 Plays of the Day videos.