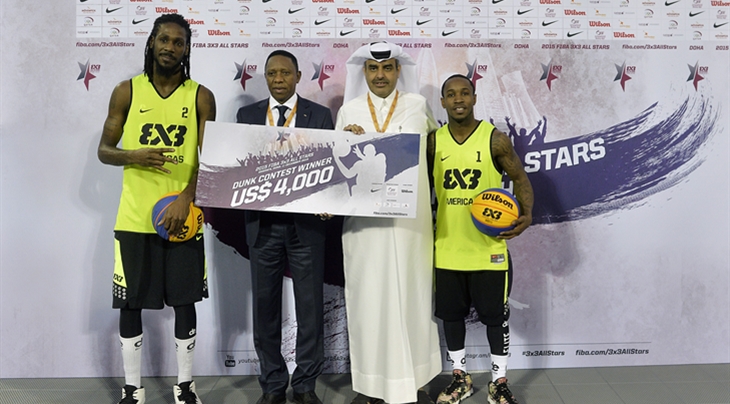 Where do the best dunkers in the world come from? Europe or the Americas? Darlington and Maberry replied "Americas" as they wowed the massive crowd at the Al Gharafa Sports Complex.

The four-time FIBA 3x3 World Tour dunk champion Lipek kicked things off with a Kobe Bryant tribute and followed up with a huge reverse dunk over his team-mate Kristaps Dargais (Latvia) but failed to make his final 540 degrees dunk.

Maberry - the shortest professional dunker in the world at 1.65m - gave Team Americas a 1-0 lead after making all three dunks over a person standing.

There was a lot of history repeating in the second match-up where Dargais made two spectacular dunks going between the legs and off the backboard. However he missed his last dunk, making it easier for Darlington to finish, with some gravity-defying dunks, including his signature cartwheel dunk.

On top of the bragging rights, Team Americas won USD 4,000 in prize money.