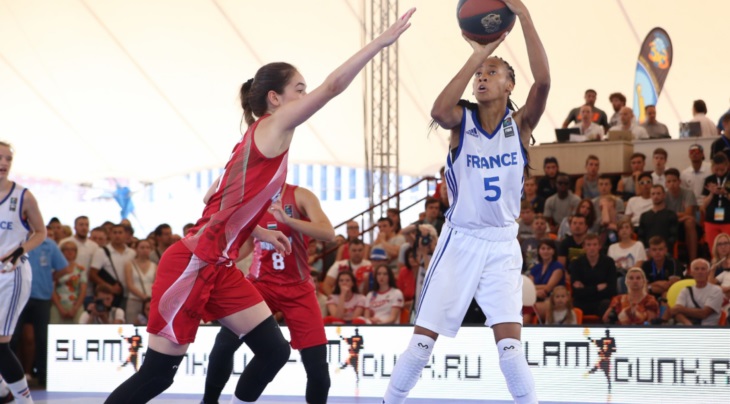 Sengun delivered with great consistency, never contributing less than six points in a game, guiding Turkey to a gold medal and finishing with a tournament best 41-point tally over six games.

French whirlwind Toi scored more points than anyone else in the women's competition, finishing with an outstanding 38 points, followed by the hosts' Maryia Adashchyk who amassed 36 points and Hungarian gold medalist Nina Aho with 34.

Total points
Adashchyk had a dominant semi-final outing with nine points against Israel, following up with six points in the Final loss to Hungary for a daily high 15 points in two games.

Toi is following suit with 13 points, while Aho's 12 where third best.

Single game highs
Toi did everything she could trying to win her colours a medal, scoring nine points in the loss to Israel for third spot for the highest score in a game on Day 3.

Aho came up big when it mattered most, draining a long distance shot in overtime to give Hungary the gold medal and register eight points in the game, the second best individual score on the final day of action.

Long range shooting
Toi has had the hot hand from downtown for the entire competition, draining four two-pointers on Day 3, three of them in the loss to Israel.

Eden Rotberg gave Israel a boost with her long range shooting, making two in the bronze medal game and one more in the Semi-Final for a total of three two-pointers for the day.

Total points
Was it not for his off-balance three-pointer to beat out Belarus in the bronze medal game, we would not see Guillem Jou sitting at the top of the list, as the Spaniard registered 14 points on the final day of action.

The duo of Timothe Vergiat and again Sengün were tied for second, scoring 13 points apiece.

Single game highs
Jou also recorded the biggest single-game-score of the day with nine against Belarus, followed by Vergiat with eight and Sengün with seven.

Tied with Sengün for third spot is Belarusian Anton Zaretski, who had seven of his tournament total 16 points in the bronze medal game with Spain, almost leading his side to an improbable comeback.

Long range shooting
Zaretzki's scoring burst against Spain was largely thanks to his two-point shooting. He seemingly had found his touch from long range, connecting on four two-pointers on the final day.

Vergiat had also found his range on the third day of action in Minsk, registering three makes from long distance on Sunday.