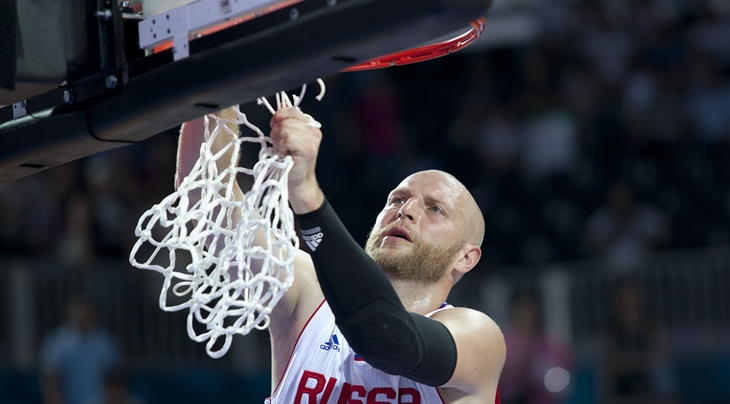 BAKU (2015 European Games) - Russia achieved an impressive double winning the 3x3 competition both in the men and the women’s categories at the inaugural edition of the European Games in Baku, Azerbaijan on 26 June 2015. Spain also took home a pair of medals, with the men earning silver and the women winning bronze.

However the Russian squad (also starring Tatiana Petrushina and Tatiana Vidmer) had to bring their A-Game to beat Spain in overtime (13-12) in the semi-finals (on a Cherepanova drive) and come from behind in a superb final (22-17) against a wild-shooting Ukrainian team, who had a Cinderella run in the tournament. Their star Olga Maznichenko was a nightmare for Russia in the final, scoring 11 points en route to being the top scorer of the event with 60 points.

Spain recovered from their heart-breaking overtime loss against Russia to strike bronze against Slovenia (19-9) with Vega Gimeno doing most of the damage (8 points).

But Russia and Spain were not done with the medal harvest in Baku and the two countries met again in the men’s final after Russia dismantled (21-8) Slovenia in the semis and Spain upset Serbia (19-16), who had been dominant since the start of the tournament.

In the final, Nacho Martin was everywhere and Alex Llorca wreaked havoc in the Russian defense with his fancy dribbles and long range bombs and gave Spain an early 9-5 lead. The momentum switched completely with Aleksander Pavlov igniting a 9-0 run with a wild dunk, a monster block and a killer step-back two-pointer. Veteran Ilya Alexandrov hit the dagger from behind the arc, allowing Russia to achieve an improbable double in Baku (final score: 18-14).

Despite number one player in the world Dusan Domovic Bulut still nursing an injury suffered in the semi-finals, Serbia took an early lead and never looked back to collect a bronze medal against Slovenia (21-14) thanks to Dejan ‘Maestro’ Majstorovic contributing 13 points to secure his place as scoring champ in the tournament with 60 points and none of them more amazing than the two he scored against Greece.

The four-day event was a popular success in Baku, bringing together thousands in the packed bleachers. Besides traditional powerhouses Russia and Spain earning medals, 3x3 once again proved to be a haven for surprise teams such as Ukraine (silver), Switzerland and Ireland (both quarter-finalists) in the women’s event and Azerbaijan in both categories.

3x3 was the only basketball discipline played at the European Games. It is played at the Youth Olympic Games and FIBA made an official bid to add the fast-paced game to the Olympic programme - not as a sport but as a discipline - as soon as this is possible.