Romeo leads all scorers on Day 1 at Manila Masters 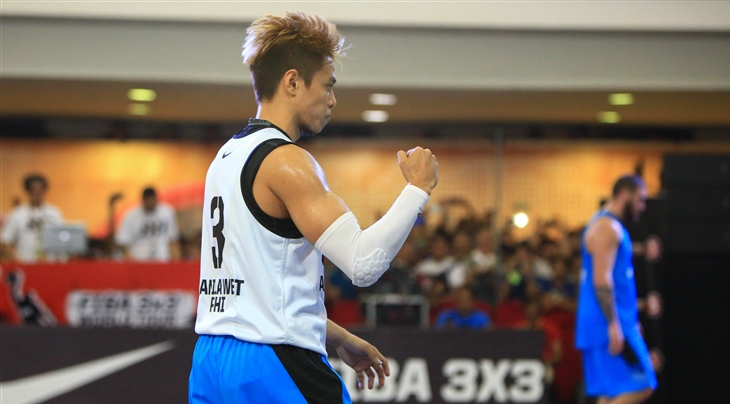 MANILA (2015 FIBA 3x3 World Tour) - The number one 3x3 player in the Philippines lived up to the hype on the opening day of the FIBA 3x3 World Tour Manila Masters, scoring 20 points in two games and sharing first place in the scoring charts with sharpshooter Karl Noyer (Auckland, NZL).

The ankle-breaker specialist Terrence Romeo said he was "super motivated to defend [his] title" and it wasn’t hard to tell on Saturday in the epic set-up of the Robinsons Place shopping mall as he scored 12 points against Auckland, including some memorable drives. He then led Manila West past Manila South with 8 points.

His opponent in the first game, the bearded Karl Noyer, caught fire late in the game against Manila West scoring 12 points, including 5 shots from behind the arc. He also added 8 points in the second game against Manila South with 3 more long-distance splashes, showing a lot of confidence with the new official FIBA 3x3 Game Ball.

Novi Sad Al Wahda’s sniper Dejan Majstorovic and Doha’s human highlight film Sammy Monroe II are next in the rankings with 16 points, followed by the number one 3x3 player in the world, Dusan Domovic Bulut with 15.

Check out the full scoring rankings.