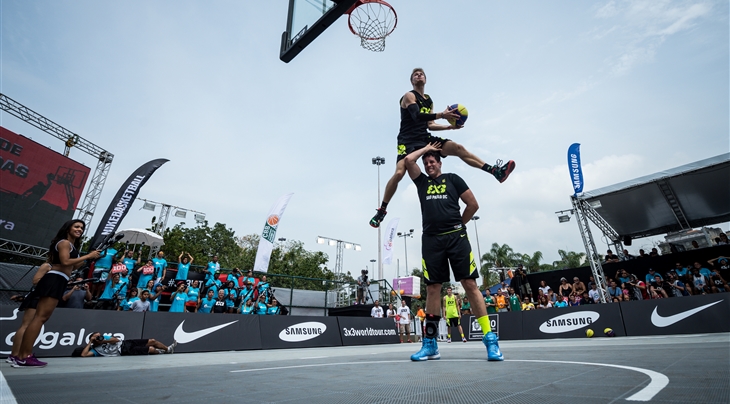 The dunk contest is always one of the highlights at the FIBA 3x3 World Tour events. In three years of history, the fans have seen some insane dunks and some amazing athletes but like Germany in football, at the end Lipek always wins.

The Polish skywalker will make his first appearance at the Lausanne Masters on 28-29 August and Swiss fans can expect a show, likely to top the amazing performances of Dmitry "Smoove" Krivenko in 2013 and Porter Maberry in 2014.

These two will be back at the World Tour this year and so will Latvian sensation Kristaps Dargais. Last but not least, two dunkers will make their World Tour debut this year: Jonathan Clark and YouTube phenomenon Jordan "Mission Impossible" Kilganon. Both starred at the FIBA 3x3 All Stars last year, with Kilganon making history with the jaw-dropping "Scorpion Dunk".

The Dunk Contest final features three dunkers on the second day of each World Tour event, including two guest dunkers and the best dunker from the twelve World Tour teams. Lean more about the dunk contest format at the World Tour.