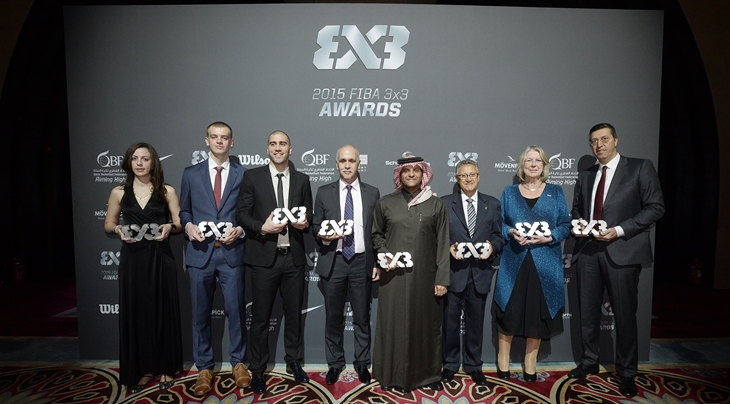 DOHA (FIBA 3x3 Awards) - The best 3x3 basketball players, organisers and personalities were rewarded at the inaugural edition of the FIBA 3x3 Awards, presented by the Qatar Basketball Federation (QBF) on Thursday in Doha, Qatar.

QBF President HE Sheik Saoud Bin Abdulrahaman Al-Thani was presented the Outstanding Contribution award. Under his leadership, Qatar became the host of the FIBA 3x3 All Stars, established a nation-wide 3x3 programme and built a team, that won the 2014 FIBA 3x3 World Championships.

3x3 continues to be in the spotlight in Doha, Qatar on Friday 11 December with the third edition of the FIBA 3x3 All Stars, the season-ending event for 3x3 basketball which brings together the best teams from the FIBA 3x3 Individual Ranking from all over the world.

The ten winners are: